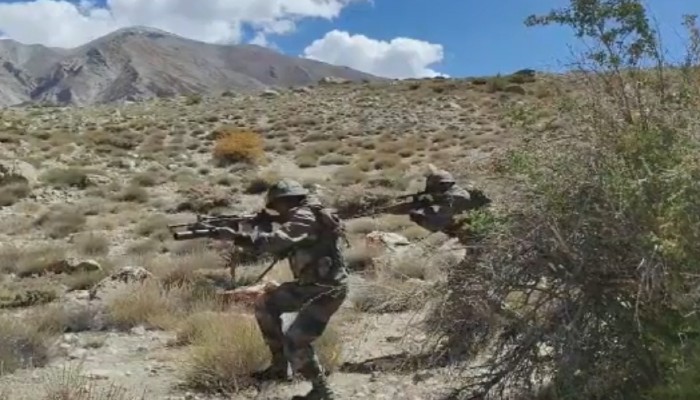 As part of the ongoing Indo-US Defence Cooperation, the Joint Military Training Exercise ‘Yudh Abhyas 2021’ will be conducted at Joint Base Elmendorf Richardson, Alaska (USA) from October 15-29.

The exercise aims at enhancing understanding, cooperation and inter-operability between two Armies.

The Indian contingent, comprising 350 personnel of an Infantry Battalion Group departed on Thursday, said a statement from the Ministry of Defence.

Exercise Yudh Abhyas is the largest running joint military training and defence cooperation endeavor between India and USA. This will be the 17th Edition of the joint exercise which is hosted alternately between both countries.

The joint exercise will focus on Combined Arms Manoeuvres in cold climatic conditions and is primarily aimed at sharing tactical level drills and learning best practices from each other.

The previous version of this exercise was held at Mahajan Field Firing Ranges in Bikaner, Rajasthan in February this year. This exercise is another step in the growing military cooperation between the two countries.

The exercise will culminate after a 48-hour long validation.

Defence relationship has emerged as a major pillar of India-U.S. strategic partnership with the signing of ‘New Framework for India-U.S. Defense Relations’ in 2005.

This has resulted in intensification in defence trade, joint exercises, personnel exchanges, collaboration and cooperation in maritime security and counter-piracy, and exchanges between each of the three services.

The Defence Framework Agreement was updated and renewed for another 10 years in June 2015. The two countries now conduct more bilateral exercises with each other than they do with any other country.

Aggregate worth of defence acquisition from U.S. Defence has crossed over US$ 13 billion.

During the visit of Prime Minister Narendra Modi to the US in June 2016, the US recognised India as a ‘Major Defence Partner’. This commits the US to facilitate technology sharing with India to a level commensurate with that of its closest allies and partners, and industry collaboration for defence co-production and co-development.

The two countries also hold the 2+2 ministerial dialogue that takes place between foreign and defence ministers of both sides.