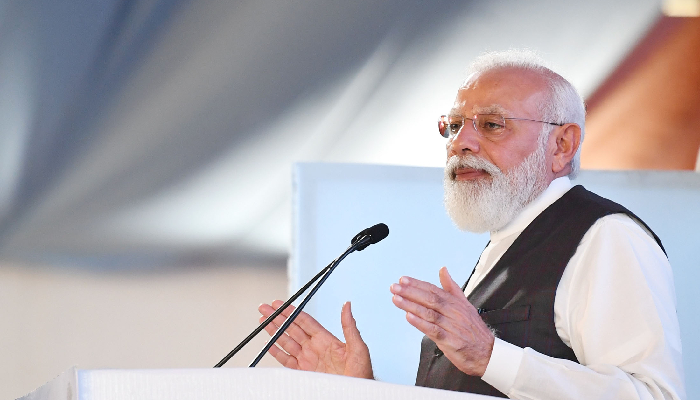 Prime Minister Narendra Modi on Friday spoke on telephone with Fumio Kishida and conveyed his congratulations and best wishes to him for assuming the prime ministerial office in Japan.

According to the Prime Minister’s Office, both leaders expressed satisfaction at the rapid progress in the Special Strategic and Global Partnership between India and Japan, and agreed on the potential to further enhance cooperation in a variety of areas, including in high-technology and futuristic sectors.

The leaders also discussed the increasing alignment of perspectives and robust cooperation between India and Japan in the Indo-Pacific region.

They reviewed the progress of cooperation under the Quad framework in this regard.

Prime Minister Modi, as per the PMO, invited Japanese PM Kishida to visit India at his earliest convenience for a bilateral summit between the two countries.

In a tweet, the Prime Minister said: “Congratulations and best wishes to the new Prime Minister of Japan, Kishida Fumio. I look forward to working with him to further strengthen the Special Strategic and Global Partnership and advance peace and prosperity in our region and beyond.”

The two countries together with Australia are part of the newly launched Supply Chain Resilience Initiative (SCRI), a collaborative mechanism to enable resilient, diversified and trustworthy supply chains.

India aims for developing bilateral partnerships with Japan in manufacturing, MSME and skill development. In order to operationalize the Specified Skilled workers (SSW) agreement, signed between the two countries earlier this year, the Japanese side would be undertaking skill and language tests in India from early 2022.

The two countries are gearing for enhanced collaboration in various emerging technologies.

India and Japan are also gearing for the smooth and timely implementation of the Mumbai-Ahmedabad High Speed Rail project.

Under the India-Japan Act East Forum, Japan is engaged in the development of projects in India’s North-East region.

In the last few years, bilateral engagement between India and Japan has attained a strong momentum.

During the just concluded bilateral meeting between Prime Minister Narendra Modi and outgoing Japanese PM Suga Yoshihide on the sidelines of the Quad Leaders’ Summit in Washington DC, the latter had expressed his confidence that the strong momentum attained by the India-Japan partnership in the last few years will continue even under the new administration.