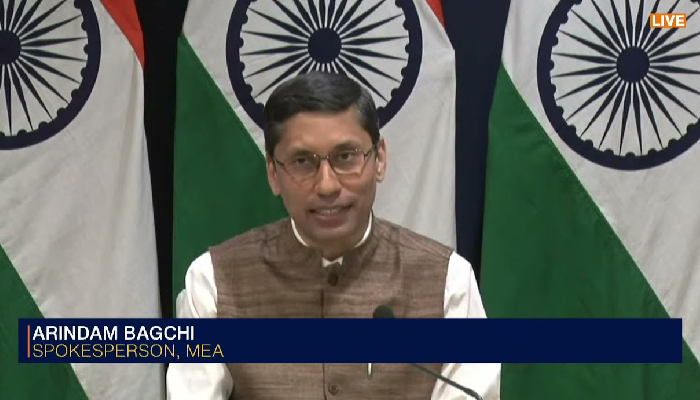 India has rejected China’s statement over the Galwan Valley incident, stating that its position with regard to the last year development in Eastern Ladakh has been clear and consistent that the incident took place due to the “provocative behavior” of the Chinese side to unilaterally alter the status quo along the Line of Actual Control.

“Our position with regard to developments last year along the LAC in Eastern Ladakh has been clear and consistent. It was the provocative behavior and unilateral attempts of the Chinese side to alter status quo in contravention of all our bilateral agreements that resulted in serious disturbance of peace and tranquility,” Ministry of External Affairs Spokesperson Arindam Bagchi said on Friday in response to media queries on the Chinese Foreign Ministry Spokesperson’s comment on the Galwan Valley.

During a regular press briefing Chinese Foreign Ministry Spokesperson Zhao Lijian on Friday said: “The Galwan Valley incident last year was caused by the Indian side's illegal trespass of the LAC to encroach on Chinese territory, in violation of previously-signed treaties and agreements. We hope that the Indian side will strictly abide by relevant treaties and agreements signed by the two countries and take concrete actions to safeguard peace and stability in the China-India border areas.”

After the Galwan Valley incident in which 20 Indian soldiers were killed during a bloody fight with Chinese soldiers last year, India has consistently maintained that the development impacted the bilateral relations between the two countries.

“As emphasized by EAM in his meeting with Chinese FM earlier this month, it is our expectation that the Chinese side will work towards early resolution of the remaining issues along the LAC in Eastern Ladakh, while fully abiding by bilateral agreements and protocols,” the MEA Spokesperson said.