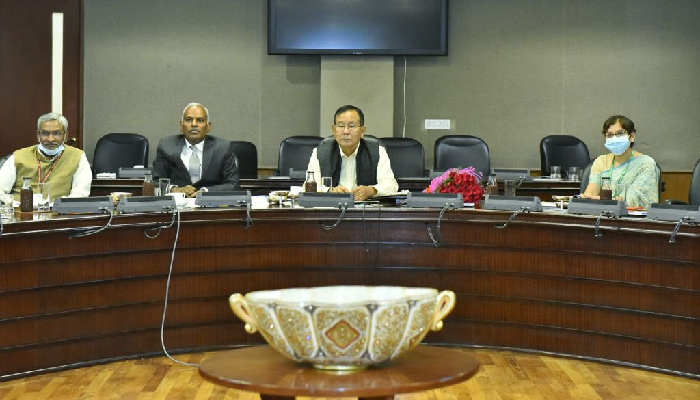 Minister of State for External Affairs Dr Rajkumar Ranjan Singh urged the North Eastern states to proactively harness the goodwill for India around the world in promoting export and attracting foreign investment into the region to achieve the target of USD400 billion export per annum.

The Minister said so while interacting with Resident Commissioners of the North-Eastern region in New Delhi on Friday.

The first of its kind meeting was held to understand first hand from the States in the North-East Region as to how the Ministry of External Affairs can facilitate their international engagement, the MEA said in a statement.

“This is especially significant in the context of realising the vision of Prime Minister Narendra Modi articulated during his address to the Nation on August 6, 2021,” the MEA release said.

Earlier in his welcome remarks, C. Rajasekhar, OSD (States), said the MEA’s focus on the North-Eastern Region is key to the nation's security and prosperity.

Secretary (ER) Shri Dammu Ravi summed up the productive deliberations and guided the meeting on the next steps. These include a North East Round Table to be launched for the first time in Imphal, Manipur, later this year.