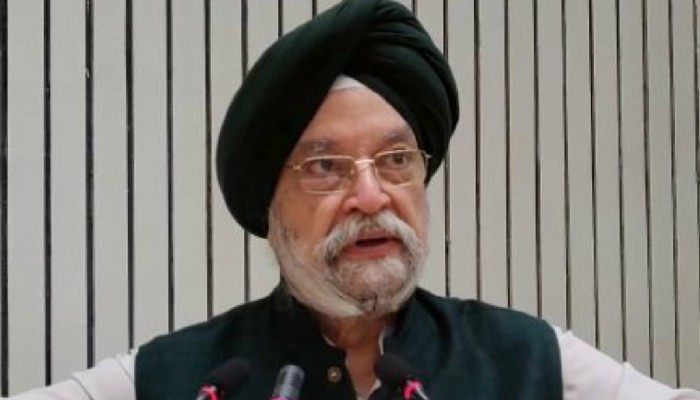 Union Minister Hardeep Singh Puri will lead an official and business delegation on a five-day visit to Russia from Wednesday with the objective of further strengthening bilateral cooperation, particularly in the field of energy.

During the visit, Puri will participate in the 6th Eastern Economic Forum (EEF) Summit in Vladivostok, said an official press release on Tuesday.

Prime Minister Narendra Modi is scheduled to virtually address the EEF plenary session in which Russian President Vladimir Putin will be present.

Prime Minister Modi was the Chief Guest at the EEF in 2019.

This will be Puri's first overseas visit since he assumed office as the Union Minister of Petroleum and Natural Gas. Puri, who is also India's Housing and Urban Affairs Minister, is visiting on the invitation by Russian Minister of Energy Nikolay Shulginov.

During his visit, Puri will have meetings with Shulginov to review bilateral cooperation in the energy sector, the Ministry of Petroleum & Natural Gas said.

He will also meet Russian Minister for Development of Far East and Arctic Alexei Chekunkov to discuss the collaboration between Indian and Russian companies in that region.

Along with the Russian Minister of Energy, Puri will co-chair the India-Russia Business Dialogue, on the sidelines of EEF. He will also hold discussions with Russian Energy majors including Rosneft, GazpromNeft and Sibur.

India and Russia have a robust and growing bilateral energy cooperation, which is a key pillar of Special and Privileged Strategic partnership between the two countries.

Russia is the largest investment destination for the Indian oil and gas companies.

Indian public sector companies have made investments in Russia of about US$ 16 billion, including in the Far East and East Siberia, in oil and gas assets such as Sakhalin-1, Vankor and Taas-Yuryakh.