How Kerala mastered the art of contact tracing to fight COVID-19, save lives 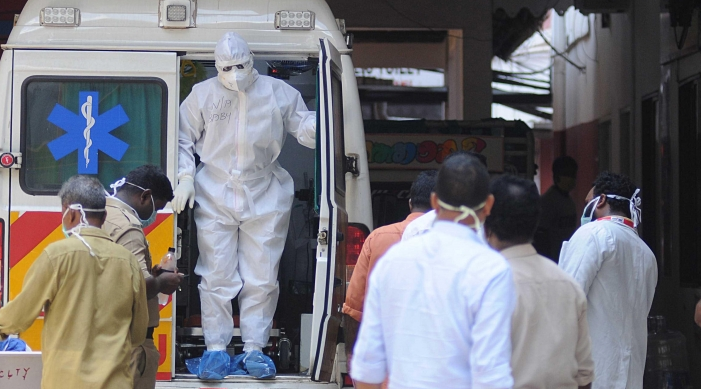 On January 22, a 23-year-old medical student from Thrissur started from Wuhan, where COVID-19 had begun to wreak havoc, for India.

She arrived in Kolkata and had a stopover for a few hours before the flight took off again, landing in Kochi on January 24. She then left for her home in Thrissur by a private vehicle.

Kerala was already preparing for the pandemic by then. Everyone returning from China was asked to report to the nearest Public Health Centre and stay under home quarantine. The medical student did so too.

Days later, on January 30, she became India's first COVID-19 patient after testing positive for the virus while under observation at the General Hospital in Thrissur. Early the next day, she was moved to the Government Medical College, Thrissur. Her condition was stable.

Now, the government had to recreate the student’s journey from Wuhan to Thrissur, identify everyone who came in contact with her and ensure that all these primary contacts are quarantining. It was going to be an arduous task.

Dr Kavya Karunakaran, a Junior Administrative Medical Officer from Thrissur, bore the responsibility of doing the in-depth interview of the patient which would help in tracing her contacts. The district team traced 63 travel contacts (primary) and 18 community contacts of the student. Most of them were students from Wuhan who travelled with her. Later, one of them tested positive in Alappuzha.

The public at large came to know of the concept of contact tracing when the Nipah virus struck in May 2018. During the COVID-19 outbreak, this is being practised on a much larger scale beginning from Thrissur.

“Contact tracing starts with the patient. The reference point is the infected person and we reach others through them. People who travelled and communicated with them need to be identified. When the case was identified in Thrissur, we developed the protocol at the Government Medical College based on SARS-CoV," said Dr Kavya.

"China returnees were under surveillance from the third week of January. The majority of them were studying medicine and we didn’t have to impress upon them the importance of quarantining. The challenge was pinpointing the contacts. Mapping out the journey itself was not difficult with regard to travel history. The rest depends on the memory of the patient. But we have alternatives for this,” she said.

“Identifying the people who travelled with the student itself was a bit difficult. Some were on the journey from Wuhan to Kolkata and some from Kolkata to Kochi. We needed to establish who they were and where they were at the time. The patient did not know all the students who travelled with her since they are all studying at a big university. In this case, we got contacts from students of other years and tracked their batchmates. In some cases, they did not have Indian numbers," noted Dr Kavya.

"We contacted them through social media, tried to establish their location and asked them to quarantine themselves. Some of these students/co-passengers were not within India. In these cases also, we followed a similar protocol. The technical support regarding the passengers on the flight and all work related to the airlines was done by the state machinery. And most importantly, a steady team is important in tracking the contacts efficiently. In Thrissur, we have a great team,” said Dr Kavya.

At this point itself, a state level control room was set up to combat COVID-19. One of the major tasks undertaken by the state control room was surveillance which reduced the burden on the various districts. In fact, the team at the state control room identified some primary contacts. People who were travelling with the students before they boarded the flight were also among them. Alerts were sent to other states if necessary once such contacts were identified.

During this time, a call centre was set up and a tool was also developed with questions at the Government Medical College in Thiruvananthapuram. Through the call centre, all the quarantined people were called and asked questions which enabled the medical team to analyse their needs and ascertain if they were following the guidelines. While the tool has not been validated, it was later replicated in Pathanamthitta when the second wave of cases broke out.

During the second wave of cases, the state was presented with a very complex situation when members of a family that returned from Italy and two of their relatives tested positive in Pathanamthitta. The family returned to the state on March 1.

“Five field level teams were launched to find primary and secondary contacts. In total, 1254 primary and secondary contacts were identified and quarantined within a matter of a few days. The teams visited each of the places that the Italy returnees had been to. They collected CCTV footage based on an approximate time frame, checked the records of the various places which include hotels, houses and a private hospital. This is the point where technology doesn’t help us as much as we think it would,” said Dr Amjith Rajeevan, Assistant Surgeon, Nilakkal Primary Health Centre.

Dr Amjith was part of the State Control Room team during the Wuhan cases and later the one to do the in-depth interviews of the patients in Pathanamthitta. The field teams also travelled through the Ranni region where the family lives. In fact, during these regular trips they even identified some of the primary contacts walking around despite being quarantined.

Notably, most members in the field team as well as the surveillance team had very limited experience of contact tracing, if at all. Dr Amjith himself had some experience in tracing the origins of a hepatitis outbreak in Kozhikode earlier.

In-depth interviews of the patients are key in identifying the places a person travelled to and people they interacted with. Dr Amjith is still doing in-depth interviews and feels the process is a deeply emotional affair.

“I have only met about four people in person for in-depth interviews, especially in cases where the patients are old or where our presence is necessary. We try not to waste a Personal Protective Equipment (PPE) kit if it’s not necessary. All other interviews are done through phone calls. 90 percent of them were very cooperative when speaking with us and in divulging information. However, it is a gradual process because they may not remember everything. We also interview the primary contacts so that they can fill in the blanks. Some patients give us more details as they remember,” said Dr Amjith.

There are cases where the patients are in intensive care and unable to talk much. In such cases, the contact tracing and route map making are done with the help of primary and secondary contacts. In the case of a COVID-19 patient in Pothencode, Thiruvananthapuram, who was also one of the state’s casualties, the contact tracing was done mostly through primary contacts.

The field level work to identify contacts was not easy. The team of doctors and health care workers was following all the infection control methods while at work. In Pathanamthitta, they visited the primary contacts. Across the state, at local level, there is a system already in place which can be used for field work and includes ASHA (Accredited Social Health Activist) workers, Junior Public Health Nurses (JPHN), medical officers and block level officials above that. However, field teams were deployed first in the Pathanamthitta case and are still on standby if needed.

“We followed all the infection control procedures. There are people who divulged more information and responded to us better when they were moved away from their family and asked questions regarding their travel history. When it came to the private hospital they visited, we had to quarantine patients who were in the same room when they visited. It was a long process and we tried to close all loopholes," said Dr S Sethulakshmi who was part of the field surveillance team.

"We identified people who were at the same place as the patients at the same time and traced their contacts too. But there was still this small chance that we missed someone who might have got infected. However, only people in our list ever tested positive in that cluster. Even after identifying them, there were cases where the primary contacts were breaking quarantine,” she said.

To keep quarantine violators in check, the district administration had released a WhatsApp number where the public can raise complaints and concerns. There were a few instances where the government instructions were not followed.

“As soon as we are alerted of this, we send a team to give them instructions. If the people under quarantine do not abide by these, we call in the police. We identified the reasons for breaking the quarantine and further focused on providing essential services and food,” said Dr Sethulakshmi.

The state already operated community kitchens during the floods of 2019 with the help of Local Self Government (LSG) bodies and Kudumbashree, a community-driven agency of the government for poverty eradication and women's empowerment. This time, they were set up on a much larger scale and across the state as cases increased to provide cooked food to people under quarantine and later to families that couldn’t afford food or cook on their own during the nationwide lockdown. The food was delivered at their homes by volunteers of local bodies.

The route maps were made with the details collected from the patient as well as the primary contacts. Even if the field teams missed anyone in the primary/secondary contact list, the route maps help in identifying the people who were missed. The time and location lead to people approaching the authorities to have their health evaluated. The graphic representations have thus proved effective. This also quashes the rumours spread through social media when a person tests positive.

A team in each of the district control rooms goes through the print, television and social media to help identify the needs of people under quarantine, keep tabs on pneumonia deaths and debunk fake news.

“We see reports that people under quarantine have a water shortage or that food kits are not reaching them or that they are being harassed. We also learn about people who were cured and collect positive stories which helps boost the team. A crucial aspect is going through the obituary page and tracing pneumonia deaths, which cannot be dismissed in the current scenario," said Dr Amjith.

"We were prepared for asymptomatic patients in Pathanamthitta because of the media surveillance even before we had any such cases. The social media page of the Pathanamthitta district collector was active. If we identify a cluster of comments, it means there is a need. Now, we go through all the comments. It need not be about the health department. Even if it is regarding the civil supplies department or excise, we hand over the data to the authorities,” he added.

India has reported 12,428 fresh infections in the past 24 hours which is the lowest in 239 days