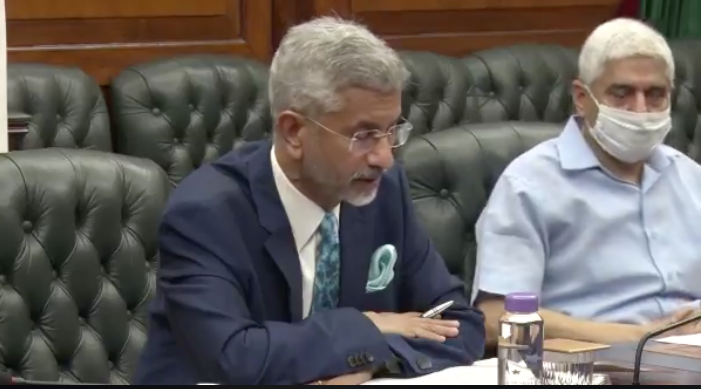 Without taking Pakistan’s name, External Affairs Minister S Jaishankar on Wednesday slammed the neighbouring country for its role in abetting terrorism in the region, including India.

“The security challenges we face today are not linked by physical or political boundaries. Terrorism continues to be the overwhelming threat to security and stability in the SCO region and would require collective action,” Jaishankar said while participating in the SCO foreign ministers meet through video conferencing.

He also said India is committed to work towards the creation of a favorable environment for mutually beneficial trade-economic cooperation among the SCO Members.

He also talked about initiatives and various decisive steps taken by India in the wake of the pandemic, including US $ 266 billion economic package announced by Prime Minister Narendra Modi on Tuesday.

Earlier, he thanked the Russian Foreign Minister for convening this extraordinary meeting.

He reaffirmed India’s strong commitment to the joint fight against Covid-19 pandemic and its readiness to share information, expertise and best practices to the SCO member states.

The External Affairs Minister emphasized that India attaches great importance to its relations with SCO and has contributed positively to enhance the role of SCO in the global arena since its inclusion as full member of SCO in 2017.

He also assured that India will continue to maintain extensive engagement towards strengthening SCO’s potential in ensuring mutually beneficial development.

Notably, the video conference was convened in the backdrop of the COVID-19 pandemic and discussions largely centered around COVID-19 crisis and coordination of the efforts to handle the impact caused by it on trade, economic and social platforms.

The SCO Foreign Ministers also discussed the preparations for the SCO Council of Heads of State Meeting (SCO Summit) in Saint Petersburg, the situation in Afghanistan and the commemoration of the 75th anniversary of World War II.