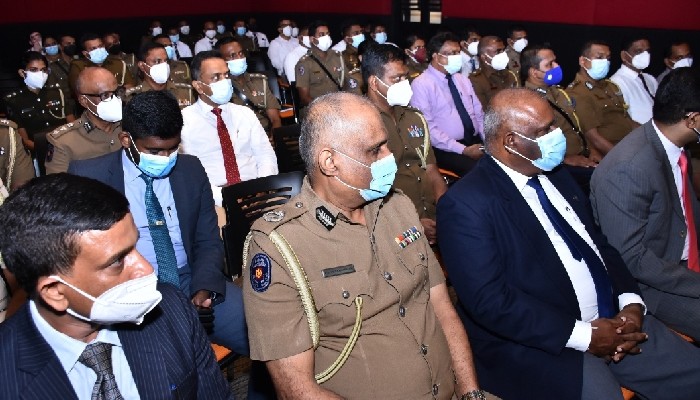 On the occasion of the World Hindi Day on Monday, the Indian High Commission in Sri Lanka launched a ‘Hindi Proficiency Course’ for Sri Lanka Police personnel.

The launch event was held at the Swami Vivekananda Cultural Centre (SVCC), the cultural arm of the High Commission, and was attended by 70 senior police officers and officials of the Sri Lankan Police services, said a statement of the Indian High Commission in Colombo.

Speaking on the occasion, Acting High Commissioner Vinok K Jacob recalled that the cultural and linguistic relations of Sri Lanka and India date back to more than two millennia, and in contemporary times, Hindi further strengthens these relations, the statement said.

He underscored that every year a large number of scholarships are offered by the Government of India to students of Sri Lanka to pursue their Hindi studies in reputed institutions and universities of India.

Swami Vivekananda Cultural Centre plays a vital role in promotion of Hindi language all over the island, the Acting Indian High Commissioner to Sri Lanka said.

He also highlighted that Hindi is being taught in about 10 universities and 80 government schools in Sri Lanka.

According to Jacob, recently, late Professor Indra Dassanayake was posthumously honoured with a ‘Padma Shri’ award, one of the highest civilian honours of India, by the President of India in recognition for her contribution to the dissemination of Hindi language and literature in Sri Lanka.

This reiterates the importance the Government of India attaches to its cultural ties with Sri Lanka and indicates its commitment to strengthen the India-Sri Lanka people-to-people bond, he added.

Major General (Retd.) Jagath Alwis, Secretary, Ministry of Public Security, expressed his happiness at the launch of the Hindi Course for Sri Lanka Police to mark the World Hindi Day, the statement said.

He thanked the Government of India and the High Commission of India for the assistance provided to the Sri Lanka Police from time to time.

Video messages of Minister of State (MoS) for External Affairs and Culture Meenakshi Lekhi, and the High Commissioner of India to Sri Lanka, Gopal Baglay, were also shared with the audience.

In his message, extending his wishes on the World Hindi Day, PM Modi highlighted the popularity of Hindi language and its increasing usage in Information and Communication technology.

MoS External Affairs Meenakshi Lekhi underlined that Hindi, as a language of peace and compassion, plays an important role in connecting India with other countries and their people.

Through his special video message, High Commissioner Baglay, expressed happiness on Sri Lanka Police personnel’s enthusiasm in learning Hindi language, both for their official work as well as personal interest.

The Hindi students of SVCC presented a cultural program at the event and sang popular Hindi and Sinhala songs.

The inaugural program was followed by the first lecture of the Hindi course for Sri Lanka Police personnel.

CD Wickramaratne, Inspector General of Police was the Guest of Honour of the event.