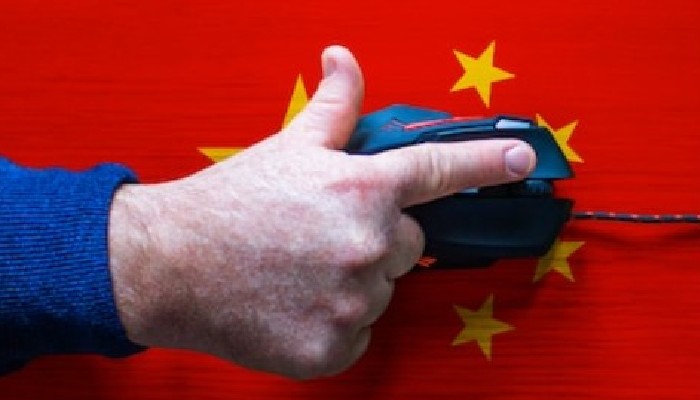 China’s information warfare mechanism hides PLA’s true abilities, but it liberally copies scenes from western movies to portray as its own

Information warfare is not projected by displaying the PLA’s true abilities but by copying scenes from western movies to portray as its own. Anshul Saxena, a national security observer and analyst, posted a collection of Chinese information warfare photographs and their origins on twitter.

As per Anshul, the Chinese have utilized videos and photographs from western movies including top gun, transformers, the rock and hard locker to project Chinese military power. In a unique case there is a photograph of missile firing by the Tejas aircraft displayed as a JF version Chinese aircraft.

The PLA Navy displayed photographs of Russian and US warships claiming them as Chinese. China assumes that with few aware of reality, it can push fake informational warfare propaganda. On the new-year day, China released a video of its troops hoisting a Chinese flag in what they termed as Galwan.

It caused a flutter within India and even politicians commented on it. Subsequently, it was discovered through Chinese social media that China had employed movie stars to produce this fake video, shot deep within its territory. When the Indian army released a similar video from the actual Galwan front, China had no answer.

China's latest psychological warfare is issuing a list of new names for 15 regions of Arunachal Pradesh, which it claims as part of Tibet. In 2017, it issued a similar list of names for 6 places in Arunachal. Ministry of External Affairs Spokesperson Arindam Bagchi categorically stated, “Arunachal has always been, and will always be, an integral part of India. Assigning invented names to places in Arunachal Pradesh does not alter this fact.”

The MEA Spokesperson termed the current action as a “ridiculous exercise” to support “untenable claims.” The Chief Minister of Arunachal tweeted that the state has a border with Tibet and not China. China has been allocating its own names for islands in the South China Sea for years to no avail.

The Political Counsellor at the Chinese embassy in India wrote to few members of the All-Party Indian Parliamentary Forum for Tibet (APIPFT), who had attended a dinner reception hosted by the Tibetan government-in-exile (Central Tibetan Administration) on December 22, 2021.

The letter read, “I have noticed that you have attended an activity held by the so-called APIPFT. I would like to express our concern on that.” The MEA responded, “The substance, tone and tenor of the letter are inappropriate. The Chinese side should note that India is a vibrant democracy and Hon’ble MPs, as representatives of the people, undertake activities as per their views and beliefs.”

The Tibetan government in exile, based in India, responded to the letter. It stated, ‘It is evident that China is intimidated by the growing support for the Tibet movement around the world.” China can never respond to the Tibetan government in exile. Last year PM Modi had officially wished the Dalai Lama on his birthday, an act, though symbolic, conveyed India’s views on its one-China policy. There was silence on the part of China.

The Chinese new laws on land borders effective from January 1, this year is an example of exploiting legal warfare to enhance confusion. The new law states, “The sovereignty and territorial integrity of… China are sacred and inviolable.” Is it different from any other nations’ laws. While negotiations for resolving the border may be stagnated currently, it has anyway not moved an inch in several decades. Gautam Bambawale, an ex-ambassador to Beijing mentions that the new law, “states the obvious” as “every country is in the business of protecting its territorial integrity… The big question is what is your territory, and there we don’t agree with each other.”

China also exploits select trade unions and its activists to disrupt production in specific Indian industries and manufacturing units which have shifted from China. The closing of copper manufacturing Sterlite and the on-going strike in both I phone manufacturing concerns are possible examples. India is now compelled to import copper. Chinese media houses coverage in global dailies, including few in India, seeks to project China’s views and political beliefs.

At the November end, in a rare show of solidarity, the Chinese and Russian ambassadors to the US, wrote a joint op-ed criticizing the democracy summit being conducted by President Biden. China exploited every media channel projecting itself as a democracy more vibrant than the US. Its mouthpiece the Global Times had numerous editorials criticizing western models of democracy. This was globally rebuked, including with comments that the term democracy does not exist in the Chinese dictionary.

Chinese social media networks are inaccessible to global users, thus making its launched propaganda warfare one-sided. China employs its state-owned media networks to target the global public on issues which impact China, while locking its population from a similar impact. China fears internal opinion and anger more than external as an authoritarian regime.

Chinese hybrid warfare against India witnessed a quantum leap post the standoff of 2020. It has since then attempted to project the PLA as invincible especially after hiding details of its casualties in the Galwan clash. The intention is to create doubts in Indian mindset on challenging China and accepting peace on their terms and conditions. Unless Chinese hybrid warfare is countered and reality exposed, the common Indian will continue being influenced.

***The author is a strategic affairs commentator; views expressed are his own

Women’s participation in public life & elimination of violence against them, prerequisites for lasting peace, security: India at

It is important that all sides continue to engage on outstanding issues to find mutually acceptable solutions, India said at the UNSC