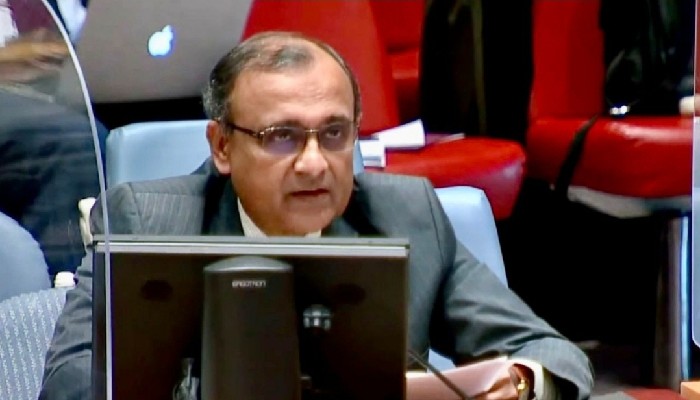 A statement by the Counter-Terrorism Committee on Tuesday also shared the profile of the new Chair for 2022.

“T. S. Tirumurti is a career diplomat with extensive experience in multilateral affairs. Since joining the Foreign Service of India in 1985 he has served his country in numerous capacities,” the CTC said in a statement.

“Prior to taking up his current position as Permanent Representative of India to the United Nations, in May 2020, he served as Secretary in the Ministry of External Affairs, handling the Economic Relations portfolio (which included, inter alia, the Gulf and the Arab World, Africa, and India’s Development Partnership),” it noted.

The Counter-Terrorism Committee was established in the aftermath of the 9/11 terror attacks in the United States with the unanimous adoption of the Security Council Resolution 1373 on September 28, 2001.

The Committee was tasked with overseeing the implementation of UN Security Council Resolution 1373, which called for countries to take a number of steps to improve their legal and institutional capacity to combat terrorist activities at home and abroad.

This includes taking steps to criminalise terrorism financing, freezing any funds linked to individuals involved in terrorist acts, denying all forms of financial support to terrorist groups, prohibiting the provision of safe haven, sustenance, or support to terrorists, and sharing information with other governments on any groups that are currently committing or planning terrorist acts.

In addition, the Committee examines actions taken to collaborate with other governments in the investigation, detection, arrest, extradition, and prosecution of those involved in terrorist attacks, as well as the criminalization of active and passive terrorism assistance.

India will serve as a non-permanent member of the 15-member Security Council till the end of 2022.

Women’s participation in public life & elimination of violence against them, prerequisites for lasting peace, security: India at

It is important that all sides continue to engage on outstanding issues to find mutually acceptable solutions, India said at the UNSC