Whiff of fresh air blows across Jammu and Kashmir 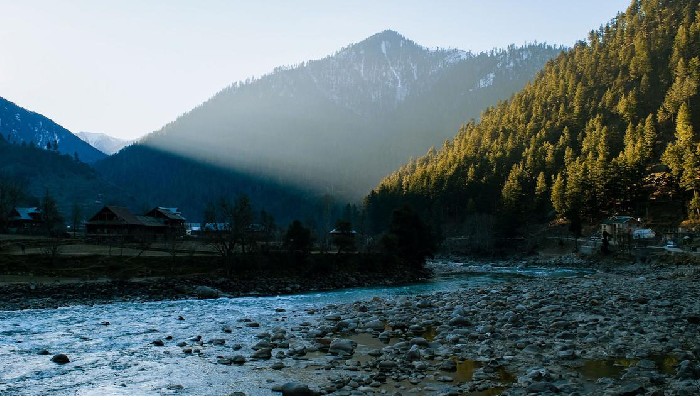 After years of Pakistan-sponsored terrorism on the wane, Jammu and Kashmir is writing a new life on the canvas of peace and development

This also reflects on the state of affairs of Jammu and Kashmir, which is gradually limping back to normalcy with sectors like education seeing marked changes in their activities.

Education in Kashmir has been the worst hit over the years due to decades of militancy. Intermittent strikes or ‘bandh’ called by locals hit the education sector in particular very hard. As per data compiled by the Jammu and Kashmir Police, since 1990, Kashmir lost significant working days due to militancy.

Elated by the move, Abdul Ahad Ganie, a resident of Fakeer Gujri, a tribal area in the outskirts of Srinagar said it would bring a new change for “our children by instilling positivity and hope for a better future.”

“Our children have suffered a lot due to lack of quality education and infrastructure but after the announcement of the smart education project, I'm hopeful that my son would get a deserved exposure,” he said.

Adding charm to education for children of the tribal community members in the Union Territory is the government’s decision to provide scholarships to 21,000 children who belong to the Gaddi, Sippi, Dard, and Sheena communities. “They were not able to take education for the last three decades because of lack of funds and other uncertainties,” the J&K LG recently said.

Land bank set up for industries:

Similarly work on several ambitious projects has begun to boost development in the Union Territory. A 6,000-acre land bank has been set up for industries and manufacturing units.

“More than half has been transferred to the department of industries and commerce—2,125 acres in Jammu and 1,000 acres in Kashmir. The move is in line with the Industrial Policy-2016, which envisaged the creation of a land bank of 20,000 kanals (2,500 acres) across J&K,” a senior government official told INN.

One of the major highlights, however, remains the fast implementation of work on Qazigund-Banihal tunnel project on Jammu-Srinagar highway.

This 8.5km tunnel, which gained momentum after Article 370 was snapped, which reduced travel time between Jammu and Srinagar by about 1.5 hours and distance by 16km, was thrown open for traffic for trials.

This step has brought respite from tough terrains and dangers of the highway for the commuters.

“I do business in Delhi and I travel very often. For me personally this tunnel is a boon as it takes such less time to cover the distance between Jammu and Kashmir,” said Ashiq Hussain, a shawl dealer.

In November 2021, Union Minister of Road Transport and Highways Nitin Gadkari laid the foundation stone of 25 National Highway projects worth ₹11,721 crore in Jammu and Kashmir.

Speaking on the occasion, LG Manoj Sinha laid emphasis on the importance of road network and modern transportation, stating this is the key to economic growth, prosperity of the region and transformation in every sphere of life.

“The foundations of ₹11,721 crore National Highways projects, besides seven new projects will pave the way for sustainable development in Jammu and Kashmir,” the LG added.

Similarly, on the power front, steps are being taken to provide round-the-clock power supply to Jammu and Srinagar cities by overhauling the transmission systems and bringing new systems in place.

In 2021 alone, power infrastructure in Jammu and Kashmir was further strengthened by the e-inauguration of 17 power projects worth Rs 118.91 crore.

Then in order to make Jammu and Kashmir power surplus, Rs 54,000 crore worth power projects have been approved which would generate 3500 megawatt in three to four years.

Apart from that, Kashmir Power Development Corporation Limited (KPDCL) has supplied 357.79 lakh units of power which is 17.5 percent higher than the energy supplied last year. This is considered to be the highest ever peak load served in Kashmir so far, an official maintained.

Dal Lake, a prime tourist spot in Kashmir valley, which has been grappling with apathy from subsequent governments, is lately seeing a new lease of life with mega de-weeding drive on to make it a clean water body.

On the other hand, the abrogation of Article 370 opened the doors for citizens of other states to buy immovable property in Jammu and Kashmir. This move has created an opening for private players to invest in real estate and other infrastructural projects in Jammu and Kashmir.

The administration recently arranged the first real estate summit in Jammu and Kashmir and it is believed that it will pave a way for growth and development in the UT with the signing of 39 MoUs (Memorandum of Understanding) worth Rs 18,300 crore.

Among MoUs signed by the J&K administration during the real estate summit included Apollo hospital, which will establish a multi-specialty hospital in Jammu.