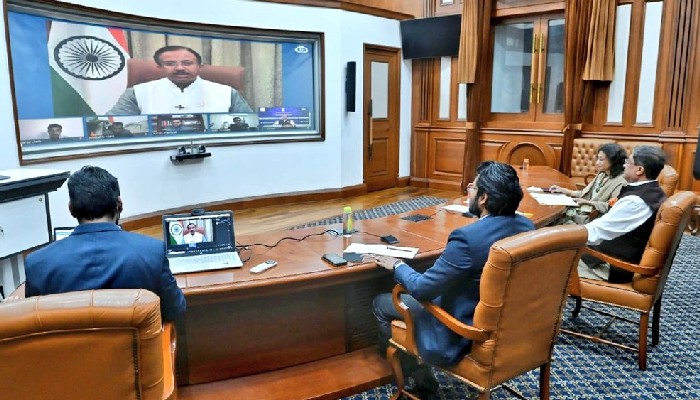 India is among the very few countries which have an extensive and evolving policy framework for engagement with diaspora, Minister of State for External Affairs V Muraleedharan on Sunday said.

“Whenever the Prime Minister is overseas, we see grand welcome to the leader and enormous shower of love on him. It is actually the faith of our diaspora, being reposed on India, and their pride in Indianness,” the MoS for External Affairs said.

He added: “Under the Prime Minister’s leadership, our outreach to the diaspora, has taken new dimensions and evolved in a way, where we are moving towards the concept of ‘Global Indian’.”

Muraleedharan highlighted various initiatives taken with regard to connect diaspora with the country. In this context, he talked about ‘VAJRA Faculty Scheme’, launched during the PBD in 2017--to bring an international dimension to the R&D ecosystem of India.

“It taps the expertise of international faculty / scientists/technologists including NRI and PIO/ OCI in highly competitive areas of research and development by offering them adjunct / visiting faculty positions in Indian institutions / universities,” he said.

“It has special focus on engaging NRI / PIO / OCIs in National R&D Programs and thereby deepen their engagement for value addition to various S&T programs, projects and missions of the Government,” the MoS added.

“Another major initiative is named ‘PRABHASS’: “Pravasi Bharatiya Academic and Scientific Sampark - integrating Indian diaspora with the mother land” is an initiative to develop a database and a virtual platform to bring on board the Global Indian S&T community to address the Indian social challenges or problems,” he maintained.

“The main objective of ‘PRABHASS’, is to invite and encourage Indian Diaspora to come forward, and join hands with India to help solve challenges being faced by Indian people, thereby making an impact on society at large,” the Minister informed.

Under the aegis of PRABHASS, Prime Minister Narendra Modi inaugurated the Vaishwik Bharatiya Vaigyanik (VAIBHAV) Summit, a global virtual summit of overseas and resident Indian researchers and academicians on the Gandhi Jayanti, October 2, 2020, he said.

About 2600 overseas Indians registered for the summit online. About 3200 panelists and about 22,500 academicians and scientists from India and overseas participated in this month-long series of webinars. These deliberations were aligned with national goals and priorities of research in India, the Minister said.

He also informed that Indian Diaspora Youth plays an indispensable role in Innovation and New Technologies, at global level, and also at devising innovative solutions to local problems in India.