Mission Restoration: Across Kashmir, temples being renovated and repaired 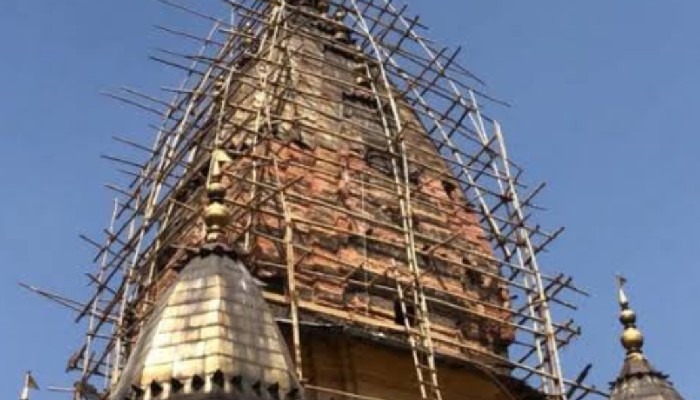 The J&K government is also renovating shrines, gurudwaras and churches

In view of consistent efforts of district administrations, under the smart city project, and the tourism department, the renovation of temples around Kashmir for improving the religious tourism circuit is taking place at a fast pace.

The government has so far taken up 15 temples where the renovation is either complete, ongoing or to be taken up in different districts of Kashmir.

The restoration of the Raghunath temple, which was constructed by Maharaja Gulab Singh in 1835, on the banks of River Jhelum in Srinagar, had grabbed the eye balls pan India.

According to Imtiyaz Hussain, junior engineer with Jammu and Kashmir tourism department, the temple is expected to be thrown open by the start of February.

One more temple, the Sheetal Nath temple, was opened to the public in 2021.

This temple was thrown open for the first time in 31 years on Basant Panchami. However, some reports said the temple had been opened briefly in 2010 on the day of Basant Panchami at the initiative of a body of Kashmiri Pandits.

Usually it takes six months to complete the project according to Executive Engineer, Tourism, Zahoor Ahmad, who used to handle the work earlier.

"It also depends on the situation, sometimes there is COVID19 and sometimes strikes due to which work stops else we complete a project in six months but it can go upto two to three years as well" he added.

The funding for the renovation comes from state capital expenditure (CAPEX) and budget varies from 50 lakh to one crore.

"We are right now renovating Raghunath Temple of Fateh Kadal and Safa Kadal and budget for them is 50 lakh to one crore. There is Indernag temple in Anantnag where the budget has crossed one crore. At Shopian, the budget is 80 lakhs. So the budget varies," he said.

The project is to give a facelift to these temples so that they can again be used by the Hindu community of the valley and be visited for promoting tourism in Kashmir. The project comes under Smart City and is handled by the tourism department as well.

These temples had been lying in a shambles since decades and had not been taken up by the government so far.

The step has been welcomed by the Pandit community of Kashmir; however, they also want to know what the next step is after renovation.

“It is a good step and we welcome it but what after it? There is no presence of Kashmiri Pandits in most of these areas, who will run these temples,” Sanjay Tickoo asked.

According to Tickoo, after renovation is complete, the deities have to be placed in these temples followed by proper worshipping of idols as per the rituals and traditions of Hindu mythology.

He further asked, “Who is establishing the idols, who would conduct the worshipping of the Hindu lords?”

While expressing his apprehensions, he said that once the temples would come out of run-down conditions, they might go again into the same state because there are no people to look after them.

He said that though it is a good step, but if politics gets involved into it then the purpose won’t be served.

“Puja etc has to be conducted every day if they have to make the temples around Kashmir functional because it has a spiritual connection associated with it. If worshipping etc starts in temples then it should not stop at all,” he added.

Tickoo said that if the government is doing this for promoting religious purposes, then the purpose of renovation of temples won’t be served at all - "A temple is meant for worshipping that is it."

“Government is planning to promote religious pilgrimage in Kashmir but Mandirs should be functional on all days, that is my point,” he added.

Few days ago, government officials had also visited the Ganpatyar temple in the downtown area of Srinagar for repair works and the Pandit community living there was overwhelmed by this step.

“It is for the first time that the government is taking up the work of renovation in this temple. This temple is here for the last 30 years and worshipping has never stopped. We are happy that it was visited by some officials for carrying out the repair work,” said Veena Bhan, a resident of Ganpatyar.

The government is also renovating shrines, gurudwaras and churches under this project, the executive engineer said.

According to government reports, the number of temples in the Kashmir Valley is 952, of which only 212 were open and operational. It is believed that the government has undertaken temple renovation as a confidence building measure so that the displaced Kashmiri Pandits could return to their homeland.

Earlier this week, Deputy Commissioner (DC) Srinagar Aijaz Asad held a meeting of the District Level Coordination-cum-Implementation Committee (DLCIC) for drafting and finalizing the action plan for restoration, revival, preservation and maintenance of Architecture and Heritage of religious places/assets in Srinagar.

During meeting, the DC was informed about a detailed project report for restoration of five sites that had been identified.

DC Asad asked the officers and executive agencies to complete the codal formalities required to start the restoration projects.

Casting traditions in copper: How Kashmiri artisans are keeping alive a centuries-old practice

Known as 'traam' in local parlance, copper is an indispensable part of Kashmiri lives

Farmers in J&K grow exotic vegetables to maximize their benefits

Agriculture is the mainstay of the economy in Jammu and Kashmir