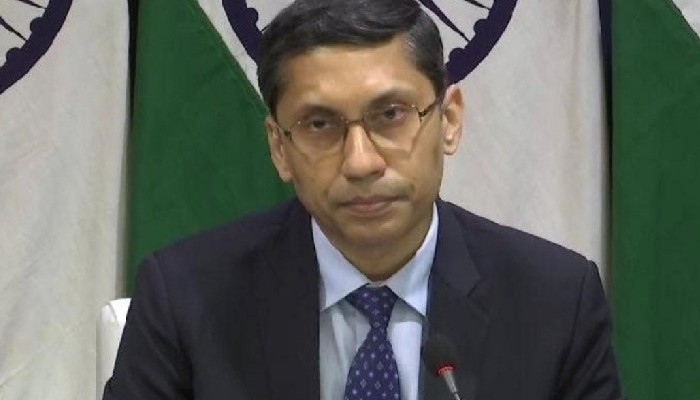 India has welcomed a Joint Statement on Preventing Nuclear War and Avoiding Arms Races by the US, UK, Russia, France and China.

Referring to the statement, Ministry of External Affairs (MEA) Official Spokesperson Shri Arindam Bagchi said on Friday, "We welcome the Joint Statement this week, which reaffirms the importance of addressing nuclear threats, and underscores the desire to work towards creating a security environment more conducive to progress on disarmament with the ultimate goal of a world without nuclear weapons with undiminished security for all".

India’s annual resolution at the UNGA on ‘Reducing Nuclear Danger’ calls for steps to reduce the risk of unintentional or accidental use of nuclear weapons, including through de-alerting and de-targeting of nuclear weapons.

"Our annual resolution on a ‘Convention on the Prohibition of the use of Nuclear Weapons’ seeks the commencement of negotiations in the Conference on Disarmament on an international convention prohibiting the use or threat of use of nuclear weapons under any circumstances. Both resolutions are adopted with substantive support at the UNGA," he said.

India will continue to contribute further to the global nuclear disarmament and non-proliferation agenda, Bagchi added.