Is Pakistan buckling under US pressure? 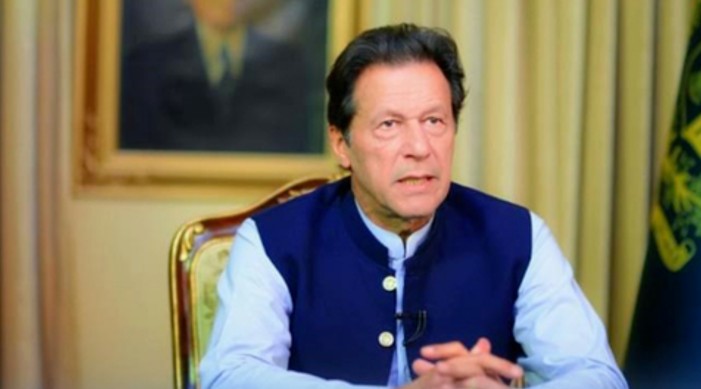 There is a concern among members of strategic community that in case Pakistan buckles under US pressure on offering a base, US-Pakistan relations may see a revival

While speaking in the Pakistan Senate in May this year, Foreign Minister, S M Qureshi stated that under the Imran Khan government, Pakistan will never provide any base to the US. A month later, in an interview to Jonathan Swan of HBO Axios, Imran Khan also ruled out the possibility of providing drone bases to the US.

He stated, “absolutely not,” to a question on the subject. The Taliban had, in May, threatened all regional countries, including its benefactor, Pakistan, against providing military bases to the US. Post a recent US drone activity, a Taliban press release stated, “Afghanistan's sacred airspace is being invaded by US drones. These violations must be rectified and prevented.”

In an opinion piece for the Washington Post on June 21, Prime Minister Imran Khan wrote, “Pakistan is ready to be a partner for peace in Afghanistan with the United States — but as US troops withdraw, we will avoid risking further conflict.”

He added, “If Pakistan were to agree to host US bases, from which to bomb Afghanistan, and an Afghan civil war ensued, Pakistan would be targeted for revenge by terrorists again.”

In end August, when thousands of US troops landed in Pakistan airbases, the Interior Minister, Sheikh Rashid mentioned that they were in Pakistan only for a short period. He was adamant that there would be no long-term US military presence in Pakistan. Till date, there are no reports of US forces having departed, raising speculations on Pakistan’s intent. Pakistan is now displaying a different mind-set.

On October 1, addressing a joint press conference with his Danish counterpart, Pakistan’s Foreign Minister, SM Qureshi, when questioned by his Danish counterpart on support to the US for air strikes in Afghanistan, stated, “It is for the cabinet to decide after due deliberation of all pros and cons.” The question had come from Qureshi’s counterpart, not the press, evidently signalling that it was a plant. Was Qureshi conveying a subtle message to the US.

There are also reports that the US is in talks with Russian aligned Central Asian countries for drone bases. If the US succeeds in obtaining a base in another similarly suitable location, Pakistan could be completely ignored. With rising tensions between Tajikistan and Afghanistan, the provision of a base there remains a possibility. Thus, Pakistan has realised that it either acts or would be ignored and hence has begun contemplating what it earlier refused to consider.

Add to this is the Afghanistan Counterterrorism, Oversight, and Accountability (ACOA) Act recently introduced in the US Senate. It seeks a report on support provided to the Taliban between 2001 to 2020 as also during its recent offensive leading to the collapse of the Ghani government, by state and non-state actors, including Pakistan. Essentially, the bill calls for US sanctions against Pakistan, however, leaves a door open for a waiver.

Its introduction itself impacted Pakistan’s stock market and its currency. Senator Sherry Rehman, chairperson of Pakistan’s Senate Standing Committee on Foreign Affairs stated, “What is happening to Pakistan is actually worse than what has happened before.”

Sheikh Rashid, Pakistan’s Interior Minister stated, “The US is accusing us that we facilitated the Taliban, but we only facilitated them to bring them to the table at the request of the US.”

US Deputy Secretary of State, Wendy Sherman, mentioned before her scheduled visit to Pakistan this week, “We seek a strong partnership with Pakistan on counterterrorism and we expect sustained action against all militant and terrorist groups without distinction.” Evidently, the US is highlighting Pakistan’s role in global terrorism. While the US administration engages with Islamabad, President Joe Biden has refused to speak to Pakistan Prime Minister Imran Khan. This has added pressure on Pakistan.

In the meantime, Pakistan is holding discussions with IMF for the next instalment of its loan. It is possible that these discussions would prolong, impacting Pakistan’s perilous financial situation.

Additionally, articles have begun appearing in US media, initiated by US based think tanks, stating that Pakistan is capable of handling its nuclear weapons and this should not be a US concern.

This sets to rest the one trump card which Pakistan always placed before the US, which fears Pakistan’s nuclear weapons falling into terrorist hands.

The new US strategy for the region does not even mention Af-Pak, implying that the US does not seek any major engagement in the region. In addition, is the growing US-India partnership. Pakistan has repeatedly stated that global forums including FATF and IMF, are acting against it due to pressure from a US-India combine. It has also blamed India for the ACOA act. Pakistan has repeatedly stated that it desires a relationship with the US similar to what it has with India.

With no sign of early recognition, funding from the EU, the US and global financial institutions is closed for Afghanistan. Humanitarian aid would flow but that would not be enough. As an economic and humanitarian crisis looms, the situation within Afghanistan would worsen, adding to increased pressures on Pakistan and China.

There is also no mention of the US moving to lift existing sanctions on terrorists proscribed by the UNSC, including those currently forming part of the interim Afghan government.

Finally, the US may be sending a subtle message that it may back the National Resistance Front (NRF) which is challenging the Afghan government. The NRF leadership is in Tajikistan regrouping. Concerned, the Taliban have announced the deployment of a battalion of suicide bombers along the Tajikistan border, mainly in the Badakhshan province. The recent battle for Panjshir, which also involved the Pakistan army, could be just the tip of the iceberg of violence in the near future. In case, this happens, Pakistan may face greater pressures from instability in Afghanistan.

Pakistan granting of a base would impact its relations with both, China and Afghanistan, an act which Pakistan would not desire currently. This would suit the US. Hence, Pakistan is being blackmailed to bow to US demands and provide a base for US drones, as it is best suited topographically.

In case Pakistan relents, it would demand restrictions on drone strikes, however, may have limited choices. Steady pressure and messaging by the US has led to Qureshi officially signalling a possible shift in Pakistan’s thinking.

For India, there is a concern that in case Pakistan buckles, US-Pakistan relations, currently at low key, may witness a revival. While it would not impact Indo-US relations, however, would reduce US pressure on Pakistan, which would be detrimental to India.

It would also grant Pakistan support from the US in key international bodies including the FATF, which could embolden Pak in its actions against India. US arms sales to Pakistan may also resume, an action India has thus far managed to place on hold.

***The writer is a strategic affairs expert; views expressed are his own