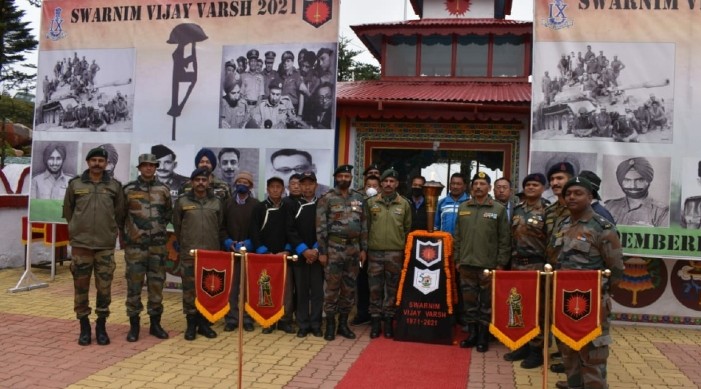 Commemorative events are being held across the country.

As part of the ongoing ‘Swarnim Vijay Varsh’ celebrations, the Indian Army is hosting a first-of-its-kind cultural festival by the name Bijoya Sankritik Mahotsav.

The festival that promises to be an unparalleled experience of theatre, fusion band, rock band and films would be held from September 26-29 in Kolkata, said a statement by the Eastern Command on Monday.

During the Mahotsav, for the first time there will be a film festival being hosted by the Army in which popular war movies would be screened, it noted.

The Eastern Command said that inaugural event will witness a new collaboration between an Army band and a civilian band.

A new theatre play has been conceptualized and created just for this event and will be performed by the RSR Group.

On the subsequent day, a rock band will also perform at the event.

This entire year is being celebrated as ‘Swarnim Vijay Varsh’ to commemorate the golden jubilee of the 1971 India-Pakistan war.

In December 1971, the Indian Armed Forces had secured victory over the Pakistan Army, and a new nation ‘Bangladesh’ was created.

The victory resulted into the largest military surrender post World War-II wherein approximately 93,000 soldiers of the Pakistan Army surrendered to the Indian Army.

Various commemorative events are being held throughout the country as part of the Swarnim Vijay Varsh celebrations.