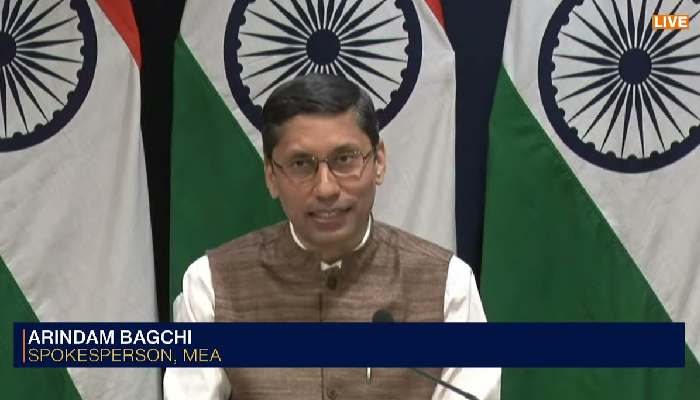 India is closely monitoring a probe by Afghan authorities into the case of Indian national Bansuri Lal Arinde who reportedly went missing in Kabul, the Ministry of External Affairs said on Thursday.

“We are in touch with all concerned. We have seen reports of local authorities undertaking investigation in this matter and we will continue to monitor the situation and will keep you updated on the matter,” MEA Spokesperson Arindam Bagchi said during a weekly press briefing.

The MEA Spokesperson said during operation ‘Devi Shakti’, the majority of the Indians were evacuated except some who were left due to the closure of Kabul Airport.

In response to a question how India will evacuate those Indian nationals who have been left stranded in Afghanistan, he said: ““Till the time operations resume at the Kabul airport, it is difficult to say how we will evacuate the people wishing to return.”

“Our focus right now is to ensure that the Kabul airport is operational soon, so that we are able to evacuate people,” he emphasized. The MEA Spokesperson said Indian authorities are in touch with those in Afghanistan who could not manage to get a flight to India.

“We are in contact with those who had remained there but couldn’t due to the stoppage of operations at Kabul airport,” the MEA Spokesperson stated.

He argued that India has raised the matter of safe and secure passage for Afghans with the international community on numerous occasions.

The UNSC Resolution 2593 also calls for safety and security of minorities in Afghanistan and their safe passage out from that country without any impediments.