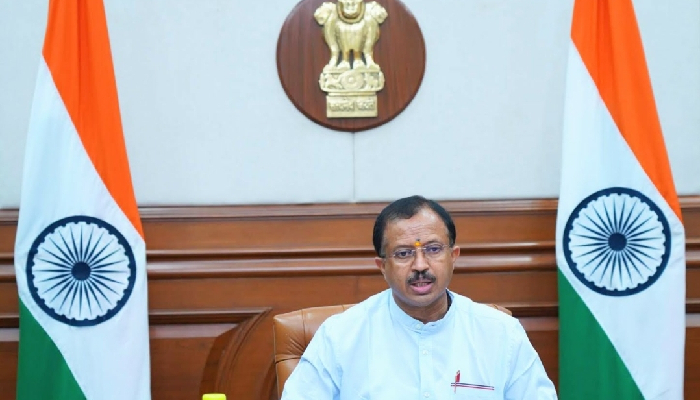 This is in line with Prime Minister Narendra Modi’s 10 ‘Broad Guiding Principles’ that have defined New Delhi’s engagement with Africa for the 21st century partnership, Muraleedharan said at the India-Africa Agriculture and Food Processing Summit.

Noting that India is still largely an agrarian country and feeds a population of more than 1.3 billion people, he informed that the agriculture sector contributes around 18% to the total GDP of India and is the largest employer providing employment to 54% of the total workforce.

Similarly, in Africa, two-thirds of the population are make a living through agriculture but the sector contributes less than one-third to the continent’s GDP, the Minister added.

Stating that food Security is a common thread which binds both India and Africa, he said under humanitarian assistance, India has donated food aid worth of US $ 15.8 million to various African countries to support their fight against hunger and poverty.

Africa has significant land to offer for production of various products, and India would like to explore the opportunity to invest overseas and produce crops, while creating large scale employment, generating income, and even allow the economy to move up the value chain through creation of agro-processing facilities, the Minister highlighted.

In the 20th century, the India-Africa partnership further strengthened during their fight against colonialism, he said.

"The spirit of non-interference and mutual respect for each other reached new heights in India-Africa relations to fulfill the spirit of "developing together as equals,” the Minister said.

This robust and dynamic relationship has been buttressed with the presence of strong and vibrant Indian diaspora, business community and professionals, he argued.

The last 6 years saw intense political engagement between India and Africa with 34 outgoing visits from India at the level of President, Vice President and Prime Minister and more than 100 incoming visits at HoS/HoG and Ministerial level, Muraleedharan informed.

These have reinforced India's ties with Africa, he added.

To enhance diplomatic engagements with Africa, India already has 40 Resident Missions in Africa and the number will reach 47 after opening 7 new Missions in the near future, the Minister noted.

Three editions of IAFS and unprecedented participation from 41 African HOG/HOS in the IAFS-III in 2015 were testimony to India growing engagement with Africa, Muraleedharan noted.

For the socio-economic development of Africa, Government of India has executed 189 projects in 41 African countries and 77 projects are being implemented under Indian concession loans (Lines of Credits) with a total outlay of over US $ 12 billion.

According to the Minister, India has extended more than US$ 6 billion concessional loan to African countries in agriculture and allied sectors.

Muraleedharan highlighted that under LoC, India has successfully implemented projects such as milk processing plant in Mauritania, tractor assembly plant in Benin, revitalization of textile mill in Kenya, sugar plants in Ghana & Ethiopia and setting up of the agri related institutions like the Mahatma Gandhi Institute of Technology and Biotechnology Park in Cote d’Ivoire.

He said that for capacity building among African rural youth, India has established 8 vocational training centers, 7 IT centres, a Centre for Geo-informatics Applications in Rural Development (CGARD, Madagascar), upgraded a technology center and several other capacity building Institutions in Africa under grant assistance.

According to Muraleedharan, India has been at the fore front to provide capacity building and training to African candidates under the Indian Technical and Economic Cooperation (ITEC) programme offering them courses on applications of biotechnology and its regulation.

In the third IAFS held in 2015, India offered 50,000 educational/training slots including special slots for training in Agriculture and Food processing sectors, he said.

India believes that the best partnership is to develop human capital and institutions; that equip and empower a nation to shoulder the responsibility on its own and ensure growth, noted the minister.

It is worth mentioning that India is one of the most sought after destination for African students for pursuing higher studies and that there are more than 24,000 students from Africa studying in India, he argued.

The Minister mentioned that India always stands ready to share experience and expertise of flagship programmes to African partners such as ‘Soil Health Card scheme’, ‘Per Drop More Crop’ for efficient use of soil and water in agriculture production.

Projects such as establishment of India-Africa Regional Soil Water and Tissue Testing Laboratories in countries of Africa are under implementation at various stages, he added.

India’s institutional support through research and development initiatives, and marketing support are areas which can prove useful for African economies, the Minister recalled.

On the trade and economic front, India is the fourth largest trading partner for Africa registering US$ 69.7 billion trade with Africa during 2018-19 and has become the fifth largest investor in Africa with its cumulative investment at US$ 70.7 billion, he informed.

With a collective GDP of over US$ 2.4 trillion and a population of more than 1.3 billion, Africa offers a great market to rising economies like India, he suggested.

The COVID-19 pandemic has negatively impacted the growth of the world including the African countries, the Minister noted.

As an agriculture and resource wealthy continent, Africa has the potential to turn this into an opportunity by optimal utilization of its potential to alleviate its poverty situation and India will be happy to partner with Africa in this venture, he said.
Attachments area