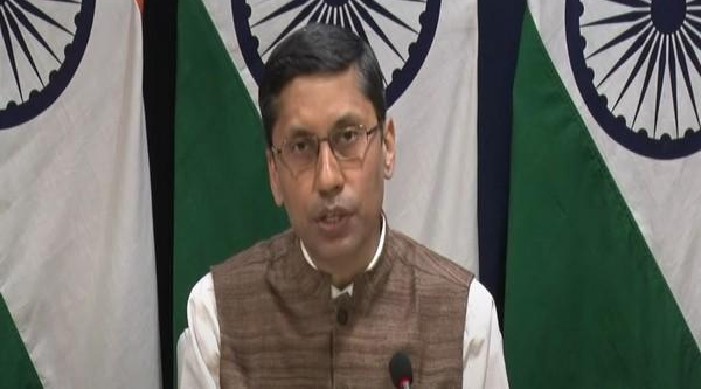 India wishes to see an independent, sovereign, democratic and stable Afghanistan, the Ministry of External Affairs said on Thursday, adding that the country is closely monitoring developments in Afghanistan.

Addressing the virtual media briefing, the MEA Spokesperson Arindam Bagchi said, “I would like to reiterate that India and the world wish to see sovereign, democratic, and stable Afghanistan which is at peace with itself as well as its neighbors.”

“Unilateral imposition of will by any party will not be democratic, cannot lead to stability and cannot provide legitimacy. Gains over the last two decades should be preserved,” he added.

In response to a question on the Taliban-China meeting, he said, “We have seen media reports in this regard as you know we are closely monitoring developments in Afghanistan.”

The EAM has said that India is working with the world community to push political negotiations to find a lasting solution to the conflict in Afghanistan and will never accept any outcome decided through the use of force.

There was a detailed discussion on the situation in Afghanistan with visiting US secretary of state Antony Blinken on Wednesday and there is “a very strong convergence” in the positions of India and the US on this issue, Jaishankar earlier told the Rajya Sabha. .

“We were very clear that there must be a negotiated political settlement in Afghanistan, that there cannot be a military solution, there cannot be a takeover by use of force in Afghanistan, that we will work with the international community to ensure that political negotiations for a settlement are pursued seriously and we would never accept any outcome which is decided by force,” he said.

India has been increasingly concerned by a massive surge in violence in Afghanistan, including the Taliban’s campaign to capture rural areas and crucial border crossings. It has repeatedly called for an immediate ceasefire and resumption of intra-Afghan talks to find a settlement.