Kargil War: India not a pushover, message sent across the world 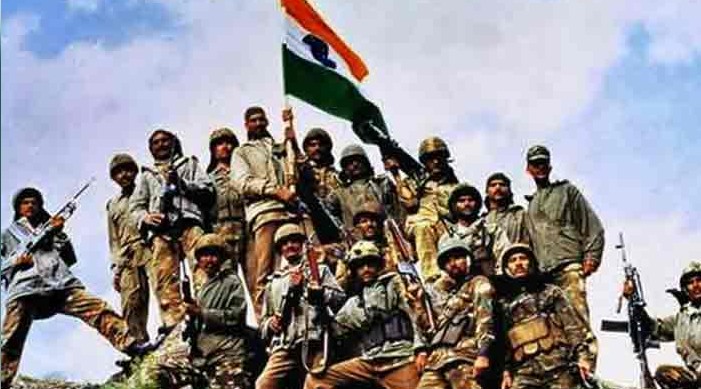 Over two decades ago, India fought and regained the heights which were occupied by Pakistan troops in Kargil. The battle was bloody, losses were immense.

There was no time to procure equipment and make up deficiencies in capabilities, compelling the army to fight with whatever it had. There was also little time to prepare and train for operations as India had done in 1971.

The message conveyed then and valid even today is that India will not accept any loss of territory. Pakistan got the message then and China understood it with Ladakh and Galwan. Once India regained Kargil, Pakistan feared it could expand its operations and threaten POK hence requested the US to broker a ceasefire. Pakistan has yet to declare its true losses in Kargil. Many of their soldiers remain buried on the Indian side even today.

China faced the same dilemma in Ladakh. Its forces involved in Galwan were withdrawn immediately after the clash due to physical and psychological battering they received. China was subsequently compelled to pull back on both banks of the Pangong Tso due to India changing rules of the game and occupying the Kailash Ridge.

Like Pakistan, China has yet to declare its true losses in Galwan. It initially declared four killed, adding one more a year later. How it missed counting this single casualty for a year remains a mystery. It may be a few decades before it admits its final losses. Definitely, not during the reign of Xi Jinping.

Both China and Pakistan had misjudged Indian determination. Kargil was expected to be Musharraf’s masterstroke. He was certain that India would approach the global community to broker peace, rather than launch any operation.

Global brokering of peace would ultimately be in Pakistan’s favour. Musharraf also played on the US perception that any conflict in South Asia could escalate into a nuclear war, which the US would not permit. He never expected India would take the offensive approach and it would be Pak which would request the US to broker peace.

China had ensured they possessed the element of surprise. Their troops were armed with medieval weapons intending to keep the conflict below thresholds of firing, thereby controlling levels of escalation. Having experienced standoffs on multiple occasions, they had never envisioned an incident like Galwan or an offensive manoeuvre involving occupation of the Kailash Ridge, exposing their major base at Moldo.

They had never expected the Indian reaction to be as swift as it happened, blocking them from reaching their objectives. But India failed to learn from Kargil. Intelligence failure was evident in both Kargil and Ladakh. Similarly, troops were lax in both instances enabling the adversary to take advantage.

The political leadership during Kargil as also Ladakh had fixated views. In 1999, the Vajpayee government expected the growing bonhomie between Vajpayee and Nawaz to translate into closer cooperation and resolution of issues.

In recent times, the Modi government continued banking on the Wuhan and Mahabalipuram spirit to enhance ties. Thus, despite demands by the forces, defence budgets were curtailed. Kargil came as a jolt to Vajpayee and Ladakh to Modi.

The armed forces also woke up after each incident, identified their shortcomings and reoriented their force structures. There were gaps in the defences in Kargil on which no action was taken as no threat was envisaged. It was only after the operation was over shortfalls made up and additional forces inducted.

Similarly, despite acknowledging that the Chinese threat remains there were no steps taken to enhance offensive capabilities against China. Doklam should have served as a warning but was ignored.

The induction of an additional division into the region and reorientation of a strike corps from plains to mountains, was again reacting to the adversary, rather than being pre-emptive and conveying a strong intent.

The army and air force operated in tandem to ensure victory in Kargil. Similarly, in Ladakh, it was a strategic airlift which ensured that Indian forces deployed to counter the Chinese in record time. Superiority in air power deterred both China and Pakistan.

Simultaneously, firmness in determining an end state has been evident in both instances. India refused to accept any calls for a ceasefire until it regained what it rightfully considered its own in Kargil.

Similarly, in on-going talks in Ladakh, India remains firm in demanding restoration of status quo. It refuses to accept any other suggestions flowing from China and has announced that bilateral ties will not be normal till the same is achieved.

While India reacted in Kargil and Ladakh, its subsequent determination, ability to change the scenario and deny the adversary the advantage is evident. While we possess offensive spirit and capabilities, we need to overcome our shortcomings and ensure that we are no longer surprised.

Political will must always be strong. We must send a message that while we desire peace and tranquillity, we will not let our neighbours consider us docile. We have the strength to retaliate and would do so if the situation demands. India is no pushover.

***The author is a retired Indian Army officer; views expressed are his own.