India’s much-awaited UNSC presidency to begin from next month 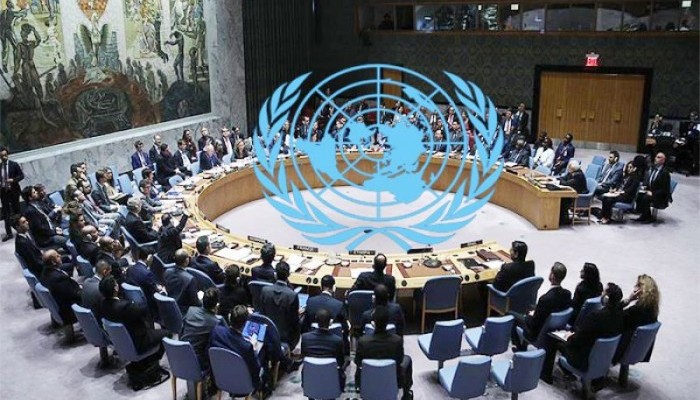 India, which has been elected as a non-permanent member of the Security Council, will serve as the president of the powerful 15-nation UN body for the month of August.

The scourge of terrorism will not only be the utmost agenda for India during its presidency in August, but also during the rest of its term as a non-permanent member of the UNSC.

Flagging concern over ‘a dangerous and worrying trend in global terrorism’ as increasing number of children are being recruited for terrorism-related activities’, India at a UNSC debate on children and armed conflict in June had said there is a need for a more coordinated approach in implementing the child protection and counter terrorism agendas.

In January at a UNSC meeting, New Delhi had pointed out that preventing terrorists from accessing financial resources was crucial to successfully countering the threat of terrorism.

Earlier at the debate on ‘Threats to International Peace and Security Caused by Terrorist Acts’ hosted by Tunisia to mark 20 years of the landmark resolution in the global fight against terrorism after the 9/11 terror attacks, India had proposed an eight-point Action Plan for an effective response to international terrorism.

Anchored in its non-aligned and independent foreign policy guided by values of democracy, respect of law and its mission to build a fair and equitable international system, India’s tenure as a non-permanent member of the UNSC is much awaited among the international community.

Guided by the "Five S’s”, as set out by Prime Minister Narendra Modi viz. Samman (Respect), Samvad (Dialogue), Sahyog (Cooperation) and Shanti (Peace), to create conditions for universal and Samriddhi (Prosperity); India’s overall objective during its tenure in the UN Security Council has been the achievement of N.O.R.M.S: a New Orientation for a Reformed Multilateral System.

Ahead of India’s UNSC Presidency in August, Foreign Secretary Harsh Vardhan Shringla in his meeting with UN Secretary General Antonio Guterres earlier this month had listed maritime security, peacekeeping and counter-terrorism as India’s priorities during its upcoming presidency.

The activities that would be undertaken by India during August include High-level Open debates on Maritime Security, and on Technology and Peacekeeping, as well as a High-level briefing on the Threats to International Peace and Security caused by Terrorist Acts.

As Foreign Secretary Shringla had said at an event “An Indo-Pacific guided by norms and governed by rules, with freedom of navigation, open connectivity, and respect for the territorial integrity and sovereignty of all states, is an article of faith for India.”

India has sought to become a positive contributor to the security of the global commons and work constructively with partners to bring innovative and inclusive solutions to foster development.

At the UNSC meeting on the crisis in Yemen in January, besides highlighting the humanitarian plight of millions of Yemenis, India expressed its deep concern over the threats emanating from Yemen to commercial ships navigating the Red Sea and the Gulf of Eden last year and appealed to the Council for holding greater deliberations on this issue.

Being the largest contributor to UN peacekeeping, India at a UNSC Open Debate, ‘Peacekeeping Operations: Improving safety and security of peacekeepers’ in May this year drew attention of the Council to the increasing casualties of UN peacekeepers over the years.

Of the belief that infusion of appropriate technology can play significant role in improving the safety and security of the peacekeepers, at the Open Debate India called for the use of field-focused, reliable and cost-effective new technologies in peacekeeping operations that are driven by practical needs of end users on the ground is the need of the hour.

India has been working towards development of mobile tech platform – UNITE AWARE towards which it has contributed US$ 1.64 million.

India’s presidency at the Security Council in the international context will confront both new and continuing traditional challenges to international peace and security and a more complex international economic and political environment because of Covid-19 pandemic.