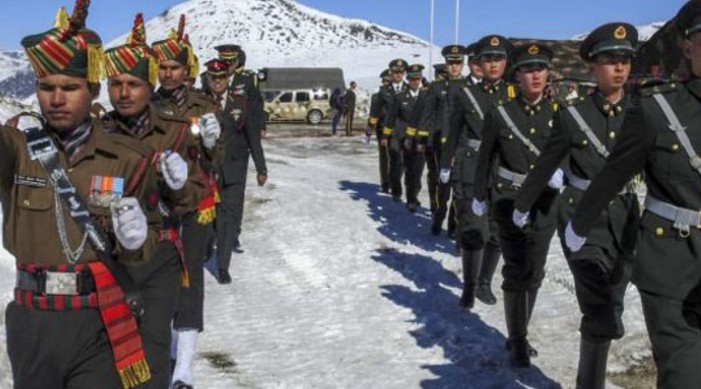 India and China will hold the next round of commander level talks at the earliest. Both sides are expected to discuss the remaining problems and seek a mutually acceptable solution, the Ministry of External Affairs Spokesperson Arindam Bagchi has said on Thursday.

Referring to the recent talks between External Affairs Minister S Jaishankar and Foreign Minister of China Wang Yi, he said, “The two leaders agreed that the next round of commander level talks should be convened at the earliest. We are still awaiting dates for the same. We expect that the two sides will discuss all remaining issues at this meeting and seek a mutually acceptable solution.”

On July 14, the foreign ministers of both sides met on the sidelines of the SCO Foreign Ministers meeting in Dushanbe.

During the meeting, EAM Jaishankar recalled that both sides had agreed that a prolongation of the existing situation was not in the interests of either side, and that it was visibly impacting the relationship in a negative manner.

He had also emphasized that maintenance of peace and tranquility in the border areas has been the foundation for the development of ties since 1988.

In the Dushanbe meeting, the MEA Spokesperson noted, there was also an understanding that both sides will continue to ensure stability on the ground. And neither side will take any unilateral measure or action that could increase tension, he said.

India and China were locked in a military stand-off at multiple friction points in eastern Ladakh since early May last year. However, the two sides completed the withdrawal of troops and weapons from the North and South banks of Pangong lake in February following a series of military and diplomatic talks.

But stalemate continues between the two sides on troops’ disengagement from the remaining friction points in eastern Ladakh.