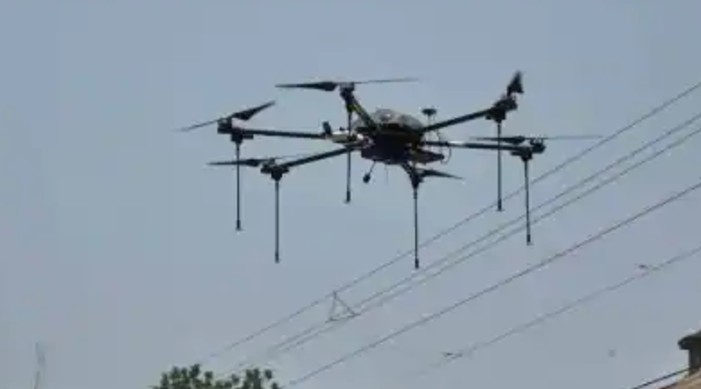 The employment of drones to target the Jammu air force station opened eyes of the government on the damage which this simple, available over the counter, low-cost device can inflict.

The efficacy of drones was already visible in multiple battlefields across the globe, including Syria, Libya, Iraq or the Armenia-Azerbaijan conflict, yet largely ignored in India. The targeting of Armenia’s military hardware, Saudi oil refinery, amongst others, proved that drones could be effectively employed in offensive roles.

Nations were compelled to spend billions to create capabilities to counter this growing menace. In the Indo-Pak scenario, it is Hafiz Saeed controlled Lashkar-E-Taiba (LeT), backed by ISI which has repeatedly employed drones, either for dropping arms and ammunition or drugs across the LoC.

The drone attack at the Air Force base in Jammu followed the blast outside the residence of Hafiz Saeed; blame for which is placed on Indian intelligence agencies. This attack could be an LeT revenge strike, however, Pakistan ISI would have dictated the nature of damage which could be inflicted, mainly due to its own security concerns.

There are many who claim that the attack on the air force station failed to hit its targets. The attack was possibly not designed to cause major destruction.

Neither parked helicopters nor the Air Traffic Control tower were designated targets. There was no intent to cause damage which could result in India launching cross-border retaliation, an act which Pakistan was desperate to avoid.

It also followed the conclusion of the FATF meeting, where Pakistan was retained on the Grey List for failing to act decisively against designated terrorist groups and their leaders.

Pakistan has repeatedly accused India of politicizing the FATF. Summarily, it appears to be a planned strike by Pakistan, executed by the LeT, aimed at inflicting limited damage, while keeping Jammu and Kashmir on the global radar.

Jammu has been on the radar of Pakistan as infiltration routes through the valley are blocked due to the ceasefire. Jammu’s proximity to the border, which India terms as ‘international boundary’ and Pakistan as ‘working boundary,’ the entry point of the valley, ideal terrain for employment of drones, as also a populated city where terrorists or sympathizers can hide, makes it a lucrative destination.

Added to all this is the presence of multiple segregated military camps in and around the city. With infiltration difficult on account of the ceasefire and reducing militancy in the valley, terrorist groups need alternatives to keep Jammu and Kashmir in international limelight.

Any incident in Jammu will provide terrorists immense media coverage. Maximum infiltration attempts and incidents involving drones for dropping arms and drugs have occurred along the Jammu-Gurdaspur belt.

A possibility exists that drones employed in the Jammu attack were launched from within the city. With their continued sighting and troops alert along the IB, local launches are more probable.

Employment of drones by anti-national forces is not new in India. These have been effectively employed by Naxals, though not for offensive roles. Security forces operating against Naxals have been instructed to counter them.

In November 2020, following incidents of weapons and drugs droppings, Chief Minister of Punjab, Amarinder Singh apprised Delhi of increasing threat of drones along the Indo-Pak border.

China-Pakistan and Pakistan-Turkey cooperation would have resulted in transfer of drone technology and drones to Pakistan. These are bound to be exploited by Pakistan employing its terrorist proxies, while ensuring that targets remain below levels of cross-border retaliation.

The Indian Army had displayed its swarm drone technology during its army day parade in Delhi and the Air Chief had stated, post the Armenia-Azerbaijan conflict, that it is coordinating a policy on drones. The forces currently employ drones for surveillance.

It took an attack on a military base to compel the government to act. The meeting of Prime Minister Narendra Modi with key advisors, discussing upcoming policy guidelines for employment of drones as also the need for countermeasures, indicates that the government will now move at a fast pace.

The DRDO has announced that it had developed an anti-drone system, ideal for securing important locations, possessing both, soft and hard kill capabilities.

These were deployed during Republic and Independence day parades. Media reports also mention that a private sector concern has developed an indigenous wide-area autonomous anti-drone system.

Both these systems need to be trial evaluated immediately and operationalized. A report of December 2020 mentions that the navy has ordered limited numbers of Israeli Smash 2000 anti-drone systems, which can be mounted on guns and rifles. Other services may follow suit in emergency purchases.

Simultaneously, India must consider an offensive policy of retaliation against drone strikes. A pure defensive approach has never worked against Pakistan, as the cross-border and Balakote strikes displayed.

A counter drone strike on a lucrative Pakistan military target close to the border is the only way to compel it to halt its misadventures. Drone threats are also emerging along the northern borders, for which emergent countermeasures are needed.

At the end of the day, terrorist groups, supporting a Pakistan-China nexus, have opened a new chapter in hybrid warfare. The employment of low-cost drones has compelled India to change its security policies and invest vast sums to deploy costly systems to counter it.

Drone countermeasures, which were not given the importance they deserved, are now in the limelight. While India may consider initial imports of anti-drone systems, it needs to push its own indigenous systems, and speed up their testing and deployment. The threat is here to stay and the faster we adapt to it, the better.

*** The writer is an expert in strategic and security affairs; views expressed are his own