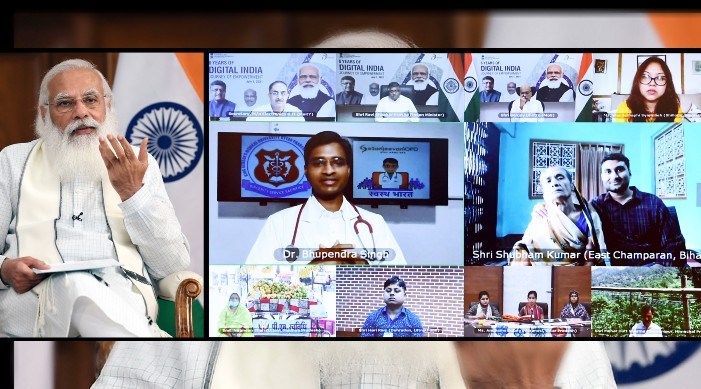 PM Modi interacts with the beneficiaries of ‘Digital India’ through video conferencing in New Delhi on July1, 2021.

Under Bharat Net scheme, work is underway on a mission mode to bring broadband internet to the villages

Prime Minister Narendra Modi on Thursday said 5G Technology will bring significant changes in the world, and India is preparing for that.

He said this while interacting interacting with beneficiaries on the completion of six years of the Digital India scheme,

PM Modi said that this decade is going to greatly enhance India’s capabilities in digital technology, India’s share in the global digital economy.

The Prime Minister maintained that the youth will continue to take the country to new heights due to Digital Empowerment. These will help in making this decade as ‘India’s Techade’.

He said a lot of emphasis is being made on the scale and speed at which the infrastructure for Digital India is being made adding that through 2.5 lakh Common Service Centres Internet had reached remote areas.

Through PM WANI, access points are being created so that rural youth can connect with high-speed internet for better services and education. Affordable tablets and digital devices are being offered to students across the nation.

Further, the Prime Minister said India has shown both passion for innovation and ability to adopt those innovations rapidly.

The Prime Minister evoked his mantra of Minimum Government – Maximum Governance and explained how Digital India is empowering the common citizen by reducing the gap between government and people, system and facilities, problems and solutions.

The PM also gave an example of how Digilocker helped millions, especially during the pandemic. school certificates, medical documents and other important certificates were stored digitally across the nation.

It is through Digital India, initiatives like One Nation One Ration Card are realized. He commended the Supreme Court for asking all the states to implement the initiative in the respective states.

The Prime Minister expressed satisfaction over how Digital India has changed the lives of the beneficiaries. He noted the benefits of Svanidhi Scheme and solving the problem of lack of security of ownership through Swamitva scheme.

The digital solutions that India has prepared in the Corona period, the Prime Minister said, are a topic of discussion and attraction all over the world today.

“One of the world’s largest digital contact tracing app, Aarogya Setu has helped a lot in preventing corona infection,” he said.

He added that many countries have also shown interest in India’s COWIN app for vaccination. Having such a monitoring tool for the process of vaccination is a proof of our technical proficiency.

Further, he said that the Digital India campaign has helped the country during the Corona period. At a time when developed countries were unable to send aid money to their citizens due to the lockdown, India was sending thousands of crores of rupees directly to the bank accounts of the people.

Digital transactions have brought an unprecedented change in the lives of farmers. Under the PM Kisan Samman Nidhi, Rs 1.35 lakh crore have been deposited directly into the bank account of more than 10 crore farmer families. Digital India has also realized the spirit of One Nation, One MSP.

The Union Minister of Electronics and IT Ravi Shankar Prasad and MoS for Education Sanjay Shamrao Dhotre were also present on the occasion. 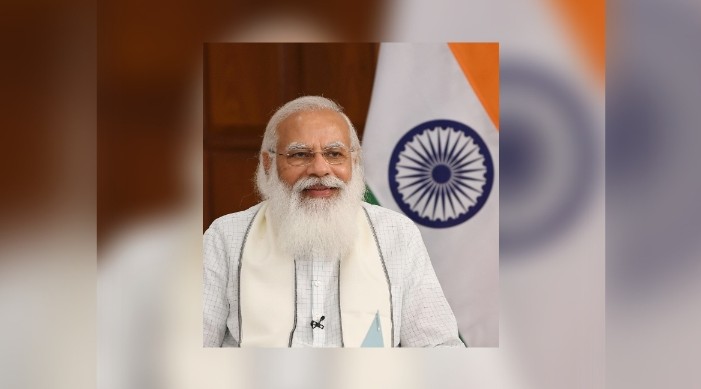 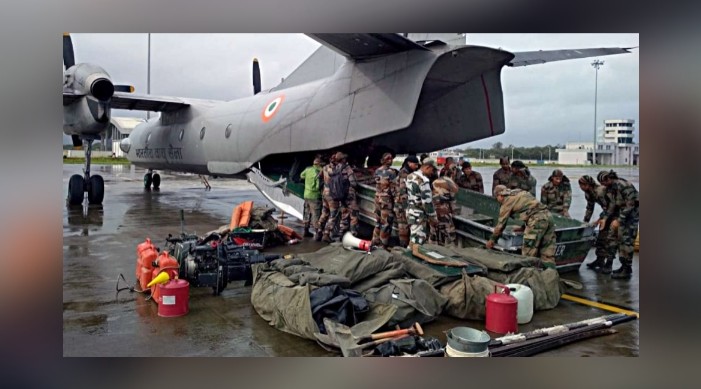