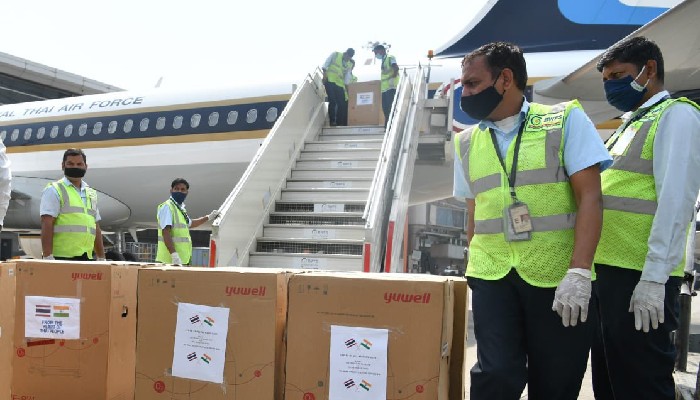 With Covid-19 triggered storm not subsiding in India, ASEAN countries have come forward to extend its help to the country, which is grappling with an unprecedented health-related crisis

Prime Minister of Thailand Gen Gen Prayuth Chan o Cha has conveyed through the Thai Ministry of Foreign Affairs his desire to offer assistance to India and “we indicated our oxygen related requirement - cylinders, concentrators, generators and cryogenic oxygen tanks.”

In another development, Indian corporates, in coordination with India Embassy in Thailand and the Ministry of Home Affairs have sent cryogenic tanks from Thailand. In three sorties, IAF C-17 transport aircraft brought 11 cryogenic tanks from April 26 to 28 to India. Thailand-based Indian community members have also extended spontaneous offers.

In addition, 100 oxygen cylinders have separately been offered by the Indian Association of Thailand. Steps are being taken for their speedy transportation to India.