Investing more than ever before in infrastructure, industries, education & healthcare: J&K LG to visiting envoys

The government does not want to lose sight of the goal of development, LG Manoj Sinha said

A group of 24 foreign envoys, including those from European Union (EU) member states, got a feel of the ground situation in Jammu and Kashmir, particularly when it comes to development, on the second day of their two-visit to the Union Territory.

The envoys, who were in Srinagar yesterday, met Lieutenant Governor Manoj Sinha in Jammu today.

The government does not want to lose sight of its objective of holistic development of Jammu and Kashmir "despite relentless attempts by our neighbor to destabilize the security situation and trigger social disharmony by exporting terror," Sinha said during his interaction with the group of envoys.

He pointed out that the central government had drawn up excellent ideas and initiatives of industrialization even in the far- flung areas of the Union Territory so that more jobs can be created for the youth.

Eritrea Ambassador Alem Tsehaye Woldermariam remarked that change is visible in Jammu Kashmir, adding that the envoys’ visit was an eye opener and improved the understanding of important issues, the Department of Information and Public Relations said after the meeting.

“Years of suffering for J&K people ended on 5th August 2019. Efforts of Hon’ble PM ushered the UT in a new era of socio-economic development and empowerment of the people,” LG Sinha said during his interaction with the visiting heads of foreign missions.

"We are investing more than ever before in infrastructure, industries, education, healthcare, skill development, sustainable livelihood so that every citizen of Jammu & Kashmir has a safe future and earn recognition," Sinha said.

Explaining that targeted solutions had been devised to address issues like poverty, health, skill development of youth, job opportunities, the J&K LG said that concrete steps were being taken to ensure that benefits of government schemes reached the last mile.

The group of visiting envoys were also briefed on the security situation by officers of the Indian Army and the Jammu & Kashmir Police.

In addition to understanding the prevailing security situation in the UT, the visit provided the envoys an opportunity to interact and hear directly from the general public and their local level people’s representatives on the functioning and empowerment of grass root democratic institutions.

They were also briefed about devolution of power, developmental activities, local issues, and grievance redressal mechanisms.

This was the third group of foreign envoys to visit Jammu and Kashmir since the abrogation of Article 370 on August 5, 2019 and its bifurcation into the Union Territories of J&K and Ladakh.

The first two batches had visited Jammu and Kashmir in January and February 2020.

Return of happiness: For Pandits, Kashmir turns over a new leaf

Kashmir has been witnessing a new era of happiness, peace and normalcy beyond imagination since the abrogation of Article 370

After August 5, 2019, there is a visible change in every field, Jitendra Singh said 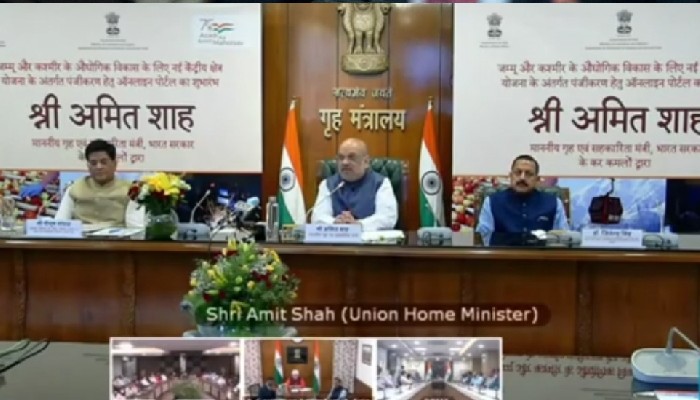