‘Chinese checkers’: The specter of a community of common destiny 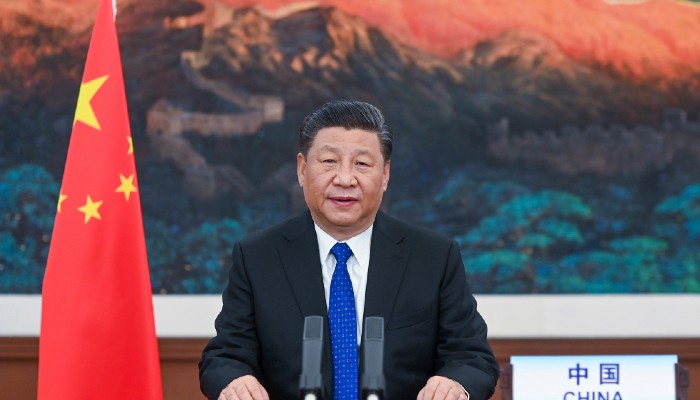 With the commencement of disengagement at the Pangong Tso perhaps, there is some cautious optimism, though, the PLA troops are still at the Indian strategic doorstep. Most importantly, there is no resolution of the border dispute on the horizon. It remains an amorphous entity. The perception is that it will remain so because the big picture indicates Chinese desire to subjugate and control nation states in spirit and mind.

The key to this conundrum lies in the catch phrase “community of common destiny (CCD)” espoused by the Chinese regime and echoed by Xi Jinping as an ideological concept within China’s mainstream official discourse.

It has become a mainstay of China’s diplomacy in recent years. The slogan has essentially been borrowed from “European transnationalism,” the basis of the formation of the European Union.  But the differences in the Chinese case are fundamental as they are premised on the supremacy of national (Chinese) sovereignty.

In his address at the 13th National People’s Congress, Xi Jinping vowed to “let the sunshine of a community with a shared future for humanity illuminate the world”. These principles are abstract and the question as to how will they be translated into practice remains to be seen.

Couched in a superbly crafted rhetoric, they are rooted in the concept of continuation of the period of strategic opportunities which has been the primary objective of the Chinese government. In a simpler language the phenomenon needs to be comprehended as it has unfolded on the ground.

History tells us that this Chinese trait traces itself to the Han dynasty in the past, which purposefully expanded its lands and culture influencing many neighbouring countries such as Korea, Mongolia, Vietnam and Japan. Through a series of military campaigns and expeditions it created what is now modern China and northern Vietnam.

The military campaigns and Chinese immigrants created a culture that merged Chinese traditions with indigenous elements, the likes of which we observed in the occupation of Tibet. The expansion of China from North China to the South reached its height under the Han dynasty. But despite this aggressive and expansionist trait among the Chinese leaders, the global community embraced China and welcomed its presence in the United Nations and then into the Security Council. Their activities in the South China Sea and on our borders did not seem to prepare India for the nefarious syndrome.

In midst of the current global uncertainty caused by the pandemic, China is trying to play a clever game with its currency; it wants its Yuan to replace the dollar as the global currency so that it could have more control over the economy in the world. It gives a sense of the Chinese intention for economic imperialism, which is one of its principle objectives.

Through its well-honed ‘Debt Diplomacy’, China has already established an economic stranglehold over large parts of Asia and Africa. Pakistan is foremost of its victims whilst it has vigorously trapped regimes in Myanmar, Sri Lanka and Indonesia. Nepal is being wooed. Sri Lanka which has been burdened hugely by China by financing unviable port project in Hambantota, is being persuaded to support the Chinese agenda in the post Covid scenario.

There is rising concern about whether China will use its commercial acquisitions of overseas ports for military purposes, under its drive to put civilian technology and resources to military use.

Zhang Jie, a researcher at the Chinese Academy of Social Sciences, wrote an article in 2015 about the concept of “first civilian, later military”, in which commercial ports would be built with the goal of slowly being developed into “strategic support points” that could “assist China in defending maritime channel security and [control] key waterways.”

China’s “integration of military for civilian use” – an approach introduced by President Xi Jinping after he took office in 2013 – had sparked fears about the security implications of China’s overseas port development.

Military-civilian integration is among the goals China had set out in its 13th five-year plan for 2016-20. Last year, Chinese President Xi set up a new committee to champion the integration of civilian and military investment in technology.

The PLA has already established infrastructure for naval bases in Djibouti at the Horn of Africa and at the Gwadar Port in Balochistan of Pakistan. In this context, the China Pakistan Economic Corridor virtually symbolizes the effective control through the fabric of the community of common destiny.

Port investments are vehicles through which China can cultivate political influence, constrain recipient countries and build infrastructure meant for military as well as civilian use to facilitate Beijing’s long-range naval operations, according to a report by the Centre for Advanced Defence Studies, a Washington-based think tank.

Under its trillion-dollar “Belt and Road Initiative” – a blueprint announced in 2013 to boost trade and connectivity in Asia, Africa, Europe and beyond – China has significantly increased its global investments, particularly in maritime infrastructure.

Beijing is a big player in the European port business. It has started with Piraeus in Greece. Since then China has gained a foothold in Europe’s three largest ports: respectively Euromax in Rotterdam, the Netherlands, of which it owns 35 per cent; Antwerp in Belgium, in which it holds a 20 per cent stake; and Hamburg, Germany, where it is building a new terminal.

In Israel, China is building two new ports in Haifa and Ashdod. There is a fear that it would compromise Israeli security interests.

Similarly, the ‘Belt and Road Initiative’ is intended to develop strong economic ties with other countries, shape their interests to align with China’s, and deter confrontation or criticism of China’s approach to sensitive issues. In the EU, there are worries that China may use its involvement in European ports to exert political influence in individual member states.

The author is a strategic affairs commentator; views expressed are his personal.