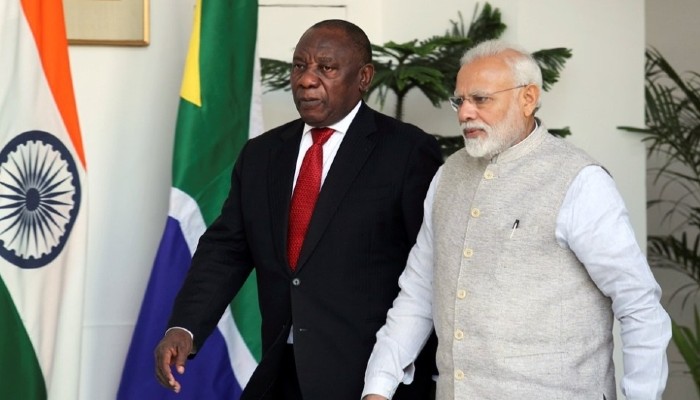 Indicative of the growing India-South Africa bilateral partnership, South African President Cyril Ramaphosa has said that India is among the countries that South Africa is looking to as it seeks to import skills and boost tourism.

President Ramaphosa said in his State of the Nation address in Johannesburg on Thursday, “Work is underway with the relevant departments to reform our visa and immigration regime to attract skills and grow the tourism sector.”

Indicating the need of attracting tourists from India among other countries Ramaphosa said, “As international travel starts to recover in the wake of COVID-19, we will undertake a full roll-out of eVisas to visitors from China, India, Nigeria, Kenya and 10 other countries.”

"The revised list of critical skills will be published for public comment by the Department of Home Affairs within one week to ensure that the final version reflects the skills needed by the economy," the president added.

Pointing out that since March last year, nearly 1.5 million people in South Africa are known to have been infected by the virus, he said that over 45,000 people are known to have died. Beyond these statistics lie a human story of tragedy and pain, the President pointed out.

The South African President also listed four overriding priorities for the country in 2021.

“First, we must defeat the coronavirus pandemic. Second, we must accelerate our economic recovery. Third, we must implement economic reforms to create sustainable jobs and drive inclusive growth. And finally, we must fight corruption and strengthen the state,” Ramaphosa explained.

He held that fundamental to South Africa’s recovery is an unrelenting and comprehensive response to overcome the coronavirus.

Adding that South Africa has just emerged from the second wave of infections since COVID-19 arrived on our shores in March last year and driven by a new variant of the virus, this second wave was more severe and cost many more lives than the first wave, he Nevertheless the human cost could have been far greater.