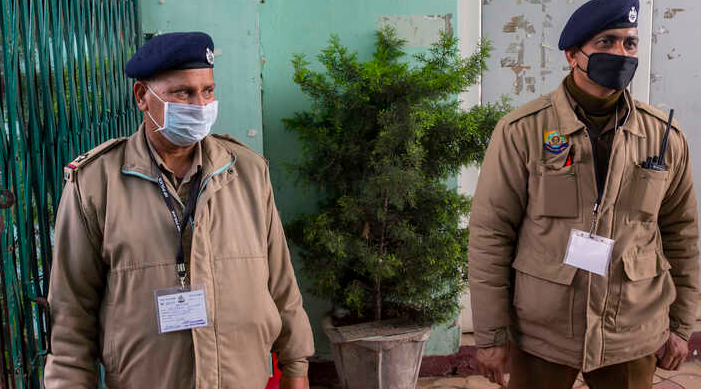 When COVID-19 cases started surfacing in India in March, India’s northern state of Himachal Pradesh went into a stringent lockdown as soon as it identified its first two cases.

Worries were high because picturesque towns in the state, nestled along Himalayan slopes, receive many domestic and foreign tourists – India’s initial infections came through overseas travelers.

The state took on the challenge of controlling the infection by putting in place a system of contact tracing involving tracking and testing anyone who had been in contact with an infected person to help break the chain of transmission.

“As soon as we get a positive, within an hour or half an hour we are able to trace the entire contacts using digital technology, and the very next day we get them tested,” said Rakesh Prajapati, the district collector in Kangra, the state’s largest district.

While contact tracing is being used throughout India, the battle against coronavirus has been more successful in states that have done it intensively, as have Kerala in the south and Himachal Pradesh.

“Contact tracing is very critical because in a fast-spreading virus, we have to isolate people who have been in contact with a person diagnosed with an infection till they are beyond the symptom period. The whole idea is that they should not infect others,” said K. Srinath Reddy, the head of the Public Health Foundation of India in New Delhi. “It limits the spread of infection from unsuspected and undiagnosed contacts.”

It is not an easy task but the battle has been more successful in states such as Kerala and Himachal Pradesh that have an extensive network of community health workers rather than in dense cities like Delhi and Mumbai without strong primary health care systems.

In Himachal Pradesh, soon after coronavirus began spreading, these health workers, who usually go door to door in villages and act as a bridge between villages and the public health system, helped raise awareness and identify people with symptoms.

Coronavirus posed a special challenge though. The rampaging infection did not give much time to sensitize communities. India’s low testing rate also meant it was important to physically verify whether people were suffering from symptoms.

“There were not enough workers, so we roped in teachers and community-level workers so that we could cover the entire population in our district. Teams of two went to every home to collect data,” said Meenakshi Gupta, a medical officer in Kangra. “In a day they would cover about 25 to 40 households, depending on how far they had to travel.”

Himachal Pradesh managed to keep its numbers low – less than 100 in the state of 7 million – until last month; tens of thousands of migrant workers, who returned from other parts of India as lockdown restrictions have eased, have brought new infections and posed fresh challenges.

That has set off a scramble to set up temporary quarantine centers for those back from “red zones” where infections are high. The task is not easy as the numbers who need to be quarantined exceed the existing medical infrastructure.

“This is a learning experience for all us. Creating facilities sometimes at a day’s notice, and making proper arrangements for their stay, food, medical examination, other needs and ensuring proper social distancing, that is a big challenge,” Gurdarshan Gupta, Kangra’s chief medical officer said.

Those who show no symptoms and come from less-affected parts of the country are being sent to home quarantine.

Everyone in home quarantine also has to be tracked, which is done by health workers, often by phone. Village councils also work to ensure that quarantine rules are not broken.

“Every day both me and my family get calls asking how I am feeling and if I am displaying any symptoms. They also check out whether I am following the quarantine procedures,” Arun Kumar Rana, who is in quarantine in his home in Chadiyar village after returning from Delhi, said.

While Rana could isolate himself on the first floor of his house, some people who had to stay in home quarantine set up temporary structures in fields to keep a distance from their families.

While the immediate challenge is to tackle coronavirus infections, there is another front on which the battle against the virus has to be waged, the social stigma sometimes faced by victims even after they recovered.

“In the past we have stigmatized many diseases such as HIV, tuberculosis, and many others and we have spent lots of money in ensuring the stigma is removed,” Prajapati said.

To ensure that it does not happen with COVID, officials pay a visit to send a message to the entire village.

“Starting with the first patient who recovered, we approach them, give them bouquets, shake hands with them so that people understand that meeting them is not a risk,” he said.

That initiative may have to continue for a while. Himachal Pradesh’s more than 270 coronavirus cases are among the lowest in India, but there has been a spike in recent weeks.

India has reported 12,428 fresh infections in the past 24 hours which is the lowest in 239 days