‘Reminder of threat posed by Beijing’: US backs India amid border tensions with China 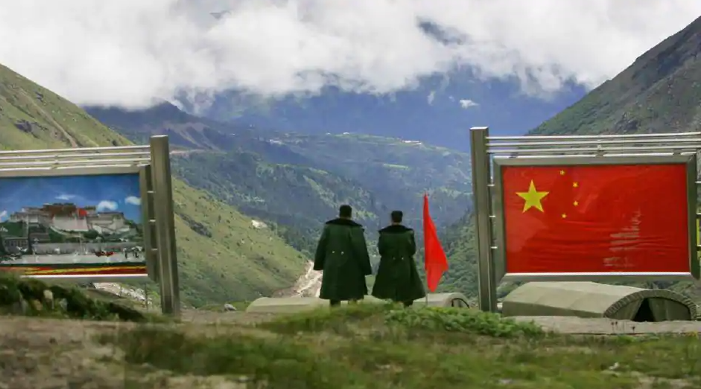 The US on Wednesday strongly backed India amid its simmering border tensions with China, with the Trump administration’s pointperson for South Asia saying such disputes are a “reminder of the threat posed by China”.

Alice Wells, the outgoing head of the state department’s South and Central Asia bureau, said there like-minded nations such as the US, India, Australia and Asean states have rallied together in the face of China’s “provocations and disturbing behaviour”.

The remarks, made in the course of an online briefing for journalists, came against the backdrop of simmering tensions in Ladakh and Sikkim sectors of the Line of Actual Control (LAC), where India and China have deployed additional troops. China on Tuesday also accused Indian forces of crossing into Chinese territory.

The top US diplomat also addressed India’s role as a critical player in Afghanistan, saying it was for New Delhi to decide whether it wants to directly engage with the Taliban. However, she suggested that with the Taliban set to join the emerging governing structure in Kabul, it would be necessary for India and any future Afghan government to have a “healthy relationship”.

Answering a question on the recent India-China tensions, Wells replied: “The flare-ups on the border, I think, are a reminder that Chinese aggression is not always just rhetorical. And so whether it’s in the South China Sea or whether it’s along the border with India, we continue to see provocations and disturbing behaviour by China that raises questions about how China seeks to use its growing power.”

She added, “What we want to see is an international system that provides benefit to everyone and not a system in which there is suzerainty to China. And so I think in this instance, the border disputes are a reminder of the threat posed by China.”

China’s actions have led to a “rallying of like-minded nations, whether it’s through Asean or through other diplomatic groupings – the trilateral that the US has with Japan and India or the quadrilateral with Australia – and conversations that are taking place globally”, Wells said.

India is and will remain a “critical player” in Afghanistan and this was reflected in US special envoy Zalmay Khalilzad’s decision to travel to New Delhi amid the Covid-19 lockdown for consultations with the Indian leadership last week, Wells said.

Khalilzad had said in an interview that India should engage with the Taliban. Asked about the issue, Wells replied: “We defer to India as to whether it wants to engage directly with the Taliban.

Wells was less forthcoming on a question about the US-Taliban agreement signed in February having no guarantees about Afghan soil being used by anti-India terror groups such as Lashkar-e-Taiba and Jaish-e-Mohammed that are known to have links with the Taliban.

The Taliban, she said, have made commitments against international terrorism, and the US is committed to ensuring that Afghan soil is never used as a base for “terrorism directed against us, the region and our friends and partners”. Noting the $3 billion in aid and political and diplomatic support provided by New Delhi to Kabul, she added, “Obviously, it’s up to India to determine how best to support the peace process.”

Wells also noted that the core principles of President Donald Trump’s South Asia Strategy of 2107 remain in place – that Pakistan must take “decisive action against militant groups” and that India is “an important partner in Afghanistan’s development”. Trump’s suspension of security assistance to Pakistan in January 2018 “demonstrated our resolve”, she said.

The South Asia Strategy also marked a major change by seeking to hold Pakistan accountable for the presence of terrorist groups on its soil. Pakistan has taken “initial steps” to curtail terror groups that threaten the region, such as arresting and prosecuting LeT leader Hafiz Saeed and beginning to dismantle terrorist financing structures, she said.

With the formation of an inclusive government by President Ashraf Ghani and his rival Abdullah Abdullah, Wells said, the time has come to “double down” in Afghanistan and take forward the peace process and to root out the Islamic State, which has committed despicable acts of violence such as the attack on a maternity hospital in Kabul.

“It is against groups like ISIS that we believe the Afghan government and Taliban should make common cause and you’re only going to be able to defeat the most vicious of these terrorists by reaching a peace agreement that allows a unified and total response to the threat posed by these terrorist organisations,” she said.