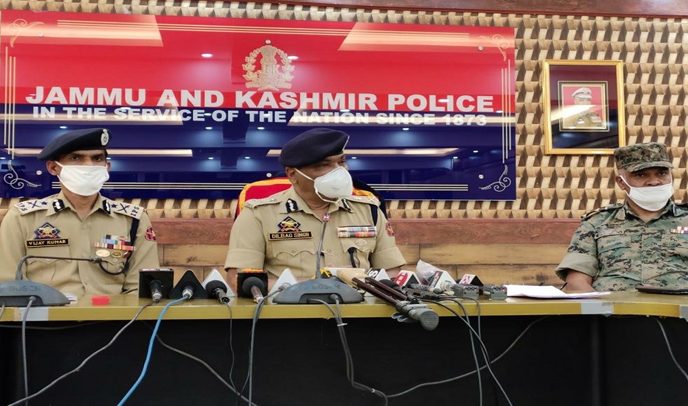 In what could be a game changer and is definitely a major setback to the Pakistan backed terror industry in Kashmir, security forces eliminated Hizbul Mujahideen’s ‘deputy chief’ Junaid Sehrai along with associate Tariq Ahmad Sheikh in a 12-hour gun battle in Srinagar on 19 May. Three CRPF and one J&K Police personnel were injured in the anti-terror operation.

Junaid, son of Tehreek-e-Hurriyat chairman Mohammad Ashraf Sehrai, is the second top Hizb ‘commander’ to be gunned down after its operational chief Riyaz Naikoo was killed in south Kashmir in the first week of May. Significantly, this is the first time in the last three decades of terrorism in Kashmir that a top separatist leader’s son has been killed in an anti-terror operation.

Upon receiving specific intelligence inputs, a joint team of J&K Police’s special operations group and Central Reserve Police Force (CRPF) launched a cordon and search operation in Kanimazar, Nawakadal, in downtown Srinagar at 2 a.m. on Tuesday. As the joint team zeroed in on the target house, the terrorists opened fire. After a brief exchange of fire there was silence from both sides.

During search operations later in the morning, the terrorists again opened fire leading to a gunfight. Police and paramilitary forces later fired shells and blasted the house in which the terrorists had taken shelter, resulting in their death. Several houses suffered damage in the incident.

Junaid Sehrai was being reportedly tracked for last several weeks through his mobile phones.

Srinagar has witnessed a gunfight between terrorists and security forces after two years. The last time was in October 2018 when two Lashkar-e-Toiba (LeT) terrorists, including a commander Mehraj-ud-din Bangroo, were killed.

Junaid had joined Hizb in 2018, days after his father took over the reins of the separatist group Tehreek-e-Hurriyat.

Junaid’s joining the outfit was seen as more symbolic than an operational advantage. He was in the outfit for over two years but was not given any major responsibility since he was considered junior in rank. It was after Naikoo’s elimination that he was made the divisional commander.

Junaid was the only relative of top Hurriyat leadership to have joined a terrorist group in the last decade. Hurriyat and other separatist ‘leaders’ have faced a lot of flak from local Kashmiris since their children are mostly well settled in India and abroad while separatists always pushed local Kashmiri youth to join terror groups.

According to reports, Junaid is among the 22 Hizbul militants killed this year. Overall more than 70 militants have been killed so far this year, with the rest belonging to the Jaish-e-Mohammad, the Lashkar-e-Toiba and other terror outfits in J&K including the newly floated The Resistance Front (TRF).

DGP Dilbag Singh has described Junaid Sehrai’s death as a remarkable achievement for the security forces. According to him, it is a major setback not only for the once formidable Hizbul Mujahideen but also for the entire separatist insurgency in the Union Territory.

He put the total number of active terrorists in J&K at “less than 240”. Of them, not more than 14 are active after Junaid’s death in the central Kashmir districts of Srinagar, Budgam, and Ganderbal.

The Indian Army plays a stellar role in guarding the borders and fighting terrorists, he said

We are committed to develop a new industrial culture in Jammu Kashmir, LG Manoj Sinha said