No minors detained in Jammu and Kashmir, says Supreme Court 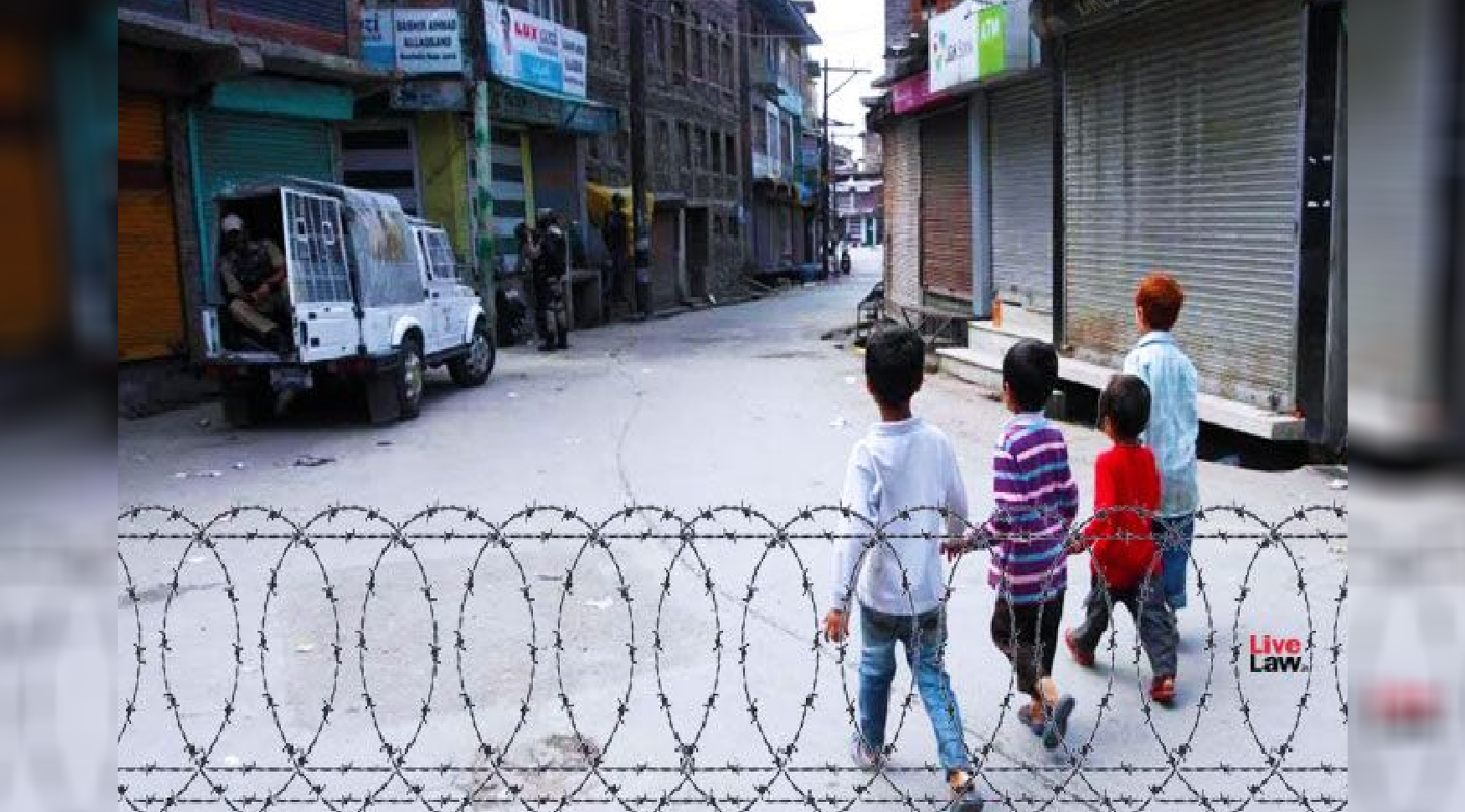 The Supreme Court said on Friday that it is satisfied with the report presented by the Juvenile Justice Committee of the Jammu and Kashmir High Court, which stated that no minors have been under illegal detention in the region after August 5, when the Centre scrapped provisions that gave the erstwhile state a special status and bifurcated it into two Union Territories.

The apex court bench, headed by Justice NV Ramana said this while hearing a public interest litigation filed by child rights activists Enakshi Ganguly and Shanta Sinha, who alleged there was illegal detention of juveniles, in violation of the juvenile justice law and principles governing human rights. The petition, filed by senior advocate Huzefa Ahmadi on September 16, cited news reports from US newspapers that claimed as much.

Hearing the petition, the bench said it has examined the report presented by the committee, comprising four high court judges who inspected all jails in Jammu and Kashmir to report that no minor was detained illegally.

The bench added that it would not be proper if the court did not believe its own judges.

“One more thing you have to keep in mind is that it affects the image of the judiciary. If you cannot believe our own judges then it is not done,” said the bench, also comprising justices R Subhash Reddy and BR Gavai.

Ahmadi, while making it clear that he never intended to give an impression that the petitioner does not believe the judges, said the administration of the erstwhile state had itself accepted in its earlier report that minors had been detained.

“We have said in the very beginning that you can see the report (of the committee). Four judges of high court have clearly said that there is no such detention. We are satisfied with that,” the bench said, according to news agency PTI.

The court, however, granted liberty to the petitioners to approach the appropriate forum if they had any grievance over alleged detention of minors in Jammu and Kashmir.

Submitted on October 1, the committee’s first report was merely a record of the data it received from the local police and juvenile justice homes, according to which 144 juveniles were detained in J&K after August 5. The report added that 142 of them were subsequently released. On November 5, the court asked the committee to examine afresh the allegations of detention of minors by security forces and place its report expeditiously.