Parliamentary Resolution on J&K on February 22, 1994 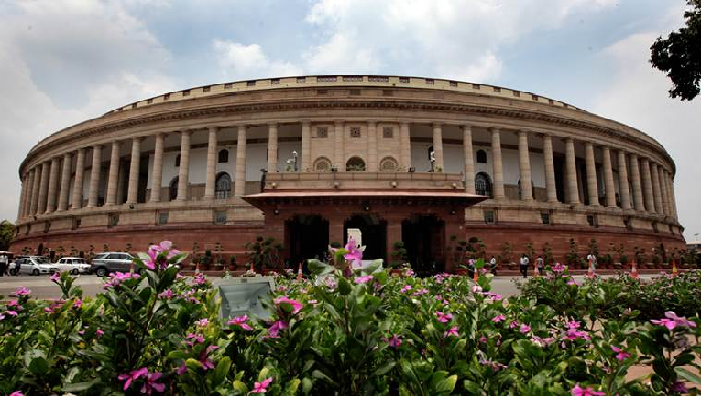 Parliamentary Resolution, passed on February 22, 1994, calls upon Pakistan to stop forthwith its support to terrorism, which is in violation of the Simla Agreement

This House notes with deep concern Pakistan‟s role in imparting training to the terrorists in camps located in Pakistan and Occupied Kashmir, the supply of weapons and funds, assistance in infiltration of trained militants including foreign mercenaries into Jammu and Kashmir with the avowed purpose of creating disorder disharmony and subversion:

Reiterates that the militants trained in Pakistan are indulging in murder, loot and other heinous crimes against the people, taking them hostage and creating an atmosphere of terror;

Condemns strongly the continued support and encouragement Pakistan is extending to subversive and terrorist activities in the Indian state of Jammu & Kashmir;

Calls upon Pakistan to stop forthwith its support to terrorism, which is in violation of the Simla Agreement and the internationally accepted norms of inter-State conduct and is the root cause of tension between the two countries;

Reiterates that the Indian political and democratic structures and the Constitution provide for firm guarantees for the promotion and protection of human rights of all its citizens;

Regards Pakistan‟s anti-India campaign of calumny, and falsehood as unacceptable and deplorable.

Notes with deep concern the highly provocative statements emanating from Pakistan urges Pakistan to refrain from making statements which vitiate the atmosphere and incite public opinion Expresses regret and concern at the pitiable conditions and violations of human rights and denial of democratic freedoms of the people in those areas of the Indian State of Jammu and Kashmir, which are under the illegal occupation of Pakistan;

On behalf of the People of India,

Firmly declares that: a) The state of Jammu & Kashmir has been, is and shall be an integral part of India and any attempts to separate it from the rest of the country will be resisted by all necessary means; b) India has the will and capacity to firmly counter all designs against its unity, sovereignty and territorial integrity; and demands that - c) Pakistan must vacate the areas of the Indian State of Jammu and Kashmir, which they have occupied through aggression; and resolves that - d) All attempts to interfere in the internal affairs of India will be met resolutely. The Resolution was unanimously adopted, Mr. Speaker: The Resolution is unanimously passed. February 22, 1994